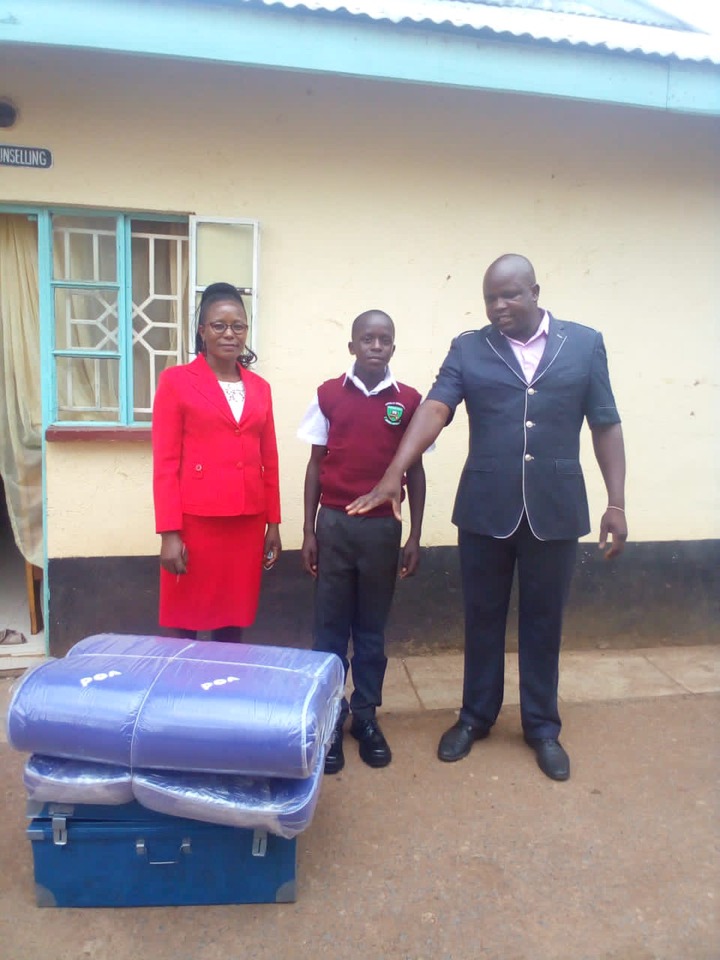 It was a dream come true for a a boy from Mt Elgon constituency, Bungoma County and who was repeating class eight after he was enrolled into his dream high school.

Newton Sichei Ndiema from Kopsiro market (Land B) who sat his last year's Kenya Certificate Of Primary Education (KCPE) at Twoywondet primary school and scored 334 marks out of the possible 500 had repeated class 8 due to lack of fees. 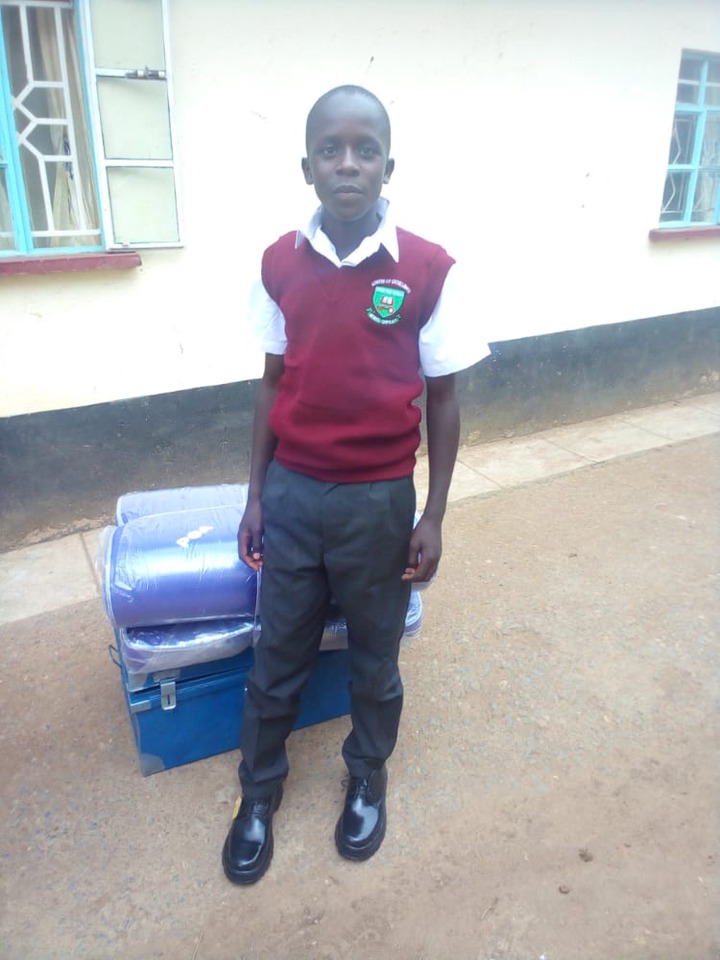 Ndiema had been given the call letter to be admitted at a well performing giant institution but lack of school fees was a set back that saw him repeat class eight again.

The student's grandmother passed on in May this year after she was involved in a motorcycle accident, she was the sole bread winner.

Efforts to get a comment from the senator were futile has she couldn't respond to calls and messages. However, Teremi High School Principal Dr.Elphas Aliva confirmed receiving the student on Tuesday and he is currently in class learning alongside his colleagues.

"It is true, the boy is admitted here and in class now, a nominated senator from Mt. Elgon has pledged to support him, we are waiting for other well-wishers to stand with him so that he can carry on with his education without any interference," said the Principal. 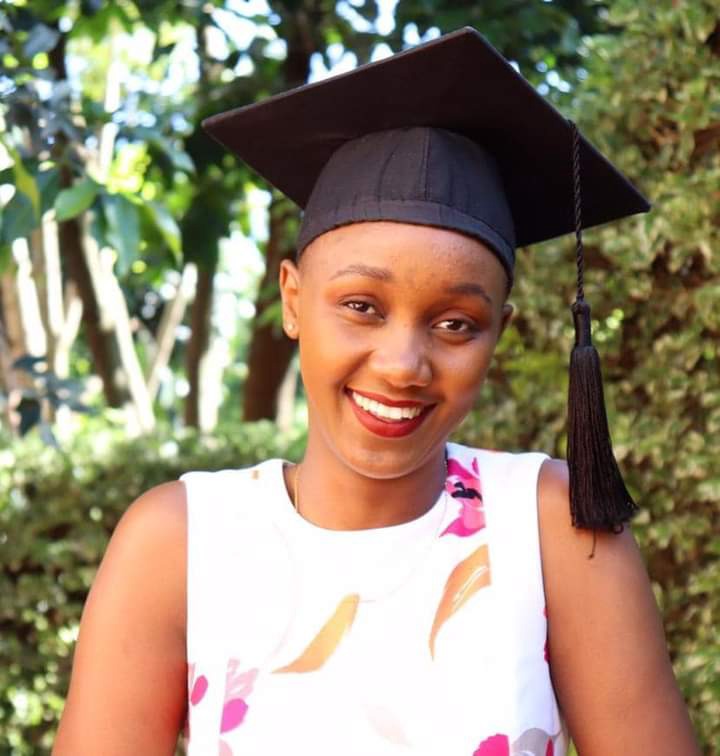 Currently the school has 714 students in form one alone.

The class teacher Ken Kiboi described the boy as a down to earth and very much determine to conquer in the world of academics.

"He has already embarked on his academic journey and is very much determined, if we'll supported financially he will be a big person in future," he said. The news of the student ran like wild fire and attracted mixed reactions considering that Mt Elgon is a hardship area and by scoring such marks is in itself an achievement and a show of determination from the student.

Speaking to press at the school on Monday, Ndiema described his education as fully of challenges.

"I am determined to study so that I become a Doctor in future, I want to help my family and the constituency at large but the main challenge is lack of school fees,"he said.

He added, "I will be greatful if any person, organization or the county government aids me out to join Teremi high school, I don't want to repeat anymore,".

Masaek primary school deputy head teacher, Austin Sonit described Ndiema as a bright boy who if supported will be a great person.

"He is so much determined, he tops in our class, if supported financially, he will be a great person in future," stated Sonit. 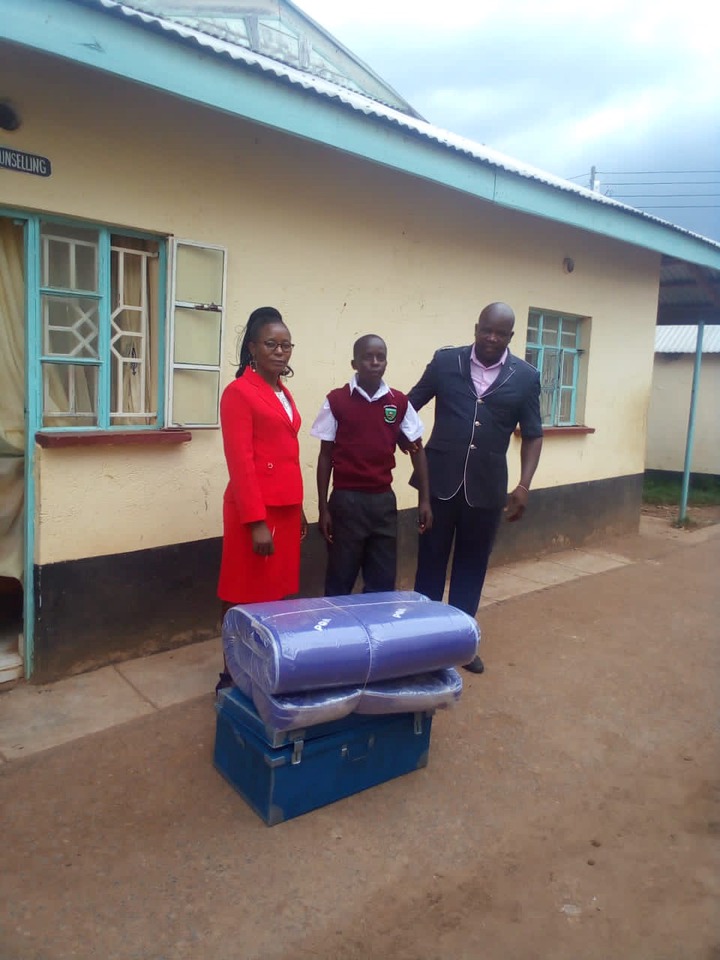 The first student at the school scored 396 marks in the same school.

Despite Bungoma County government giving out scholarships to bright but needy students, this boy missed out.