By Waiver (self media writer) | 5 months ago

One teacher in Kitui has pleaded with the Teachers Service Commission (TSC) to reinstate him after his dismissal as a teacher. Mr Nicholas Kilonzo says that he was dismissed from the public service over alleged abuse of his student in 2019. Mr Kilonzo had been accused of having an affair with the student.

According to the student, the accusations made against Mr Kilonzo were a ploy betweeb her and the school head then in order to ruin his life. Mr Kilonzo who is a qualified English and Literature teacher says that at the time of the incident, he was not in good terms with the school principal of the school in which he was teaching.

Nicholas says he has two children and a wife who look up to him. "I have a family who depend on me and destroying my career earns nobody nothing good," said the teacher. Kilonzo added that his woes began hardly a month after asking for a transfer from the school.

Mr Kilonzo now wants the TSC to carry out their own investigations to ascertain his claims and those made by the student in question. 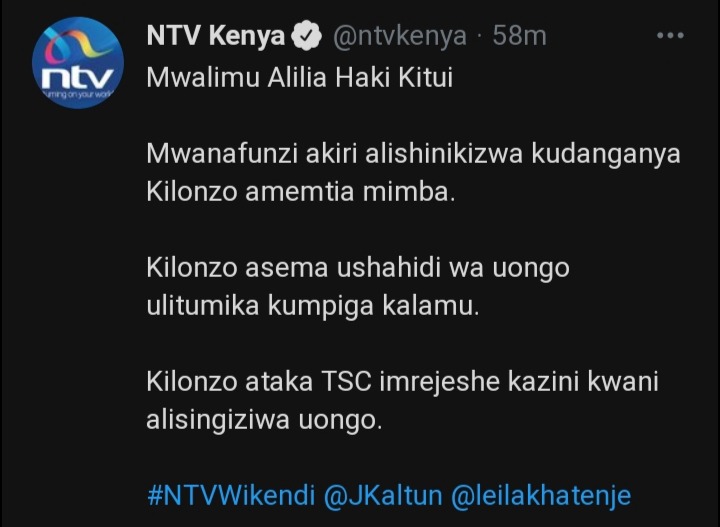 Number Of 20 Governors Supporting Kenya Kwanza Ahead of August Polls

Babu Owino Is Unstoppable: Watch How He Was Received By Residents During His Rally (Video)

I Will Teach Ruto And Gachagua A Lesson: Babu Owino Now Claims