By Simon (self meida writer) | 1 months

This year marked the beginning of new normal for form one students who usually join a high school in February. However, the unprecedented times came along with its distinctiveness. Some of the top performers who couldn’t secure school fees had to come up with their ways to quench their thirst for the schools they have longed for.

In Kisii town, Elisha Nyakundi, who scored 345 marks, carried a basin appealing for residents to help him raise ksh35,000 to pay his term one school fees. Nyakundi received a letter to join Cardinal Otunga High School which is in Kisii. He was accompanied by his father, Geoffrey Nyachieto cried out for help saying his mandazi-cooking had slumped due to the coronavirus pandemic.

Mr. Nyachieto said he had loans to settle and there again was his son who was to join his next level of education. Residents called upon the county government to set up a special kitty for such children to ensure their education isn’t crippled.

Furthermore, George Masinde trekked for 50 km to join St. Joseph Boy’s, a national school. Masinde who said that his parents are poor and only rely on vegetable selling could not raise his fees. Efforts to get bursary funds went futile. The aspiring pilot who scored 370 marks in KCPE said he woke up at 3 am for him to make it to the school by 8 am.

George Masinde wore his former St. Teresa’s Primary School uniform and a pair of slippers. He adds that he feared for his life but having thought of his future life and career, he had no otherwise. His mother, Damaris Mutenyo was in a rude shock when she woke up to find that her son was not at home only to be told by neighbors that he had decided to trudge to the Kitale-based school to secure a space.

The school’s principal Godfrey Owuor says he was freaked out on seeing the boy. He recalls a boy in a tattered primary school uniform shivering due to cold walking into his office pleading with him to be admitted into the school to join fellow form ones. 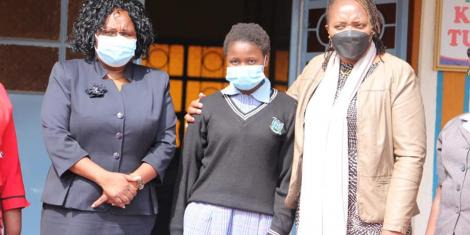 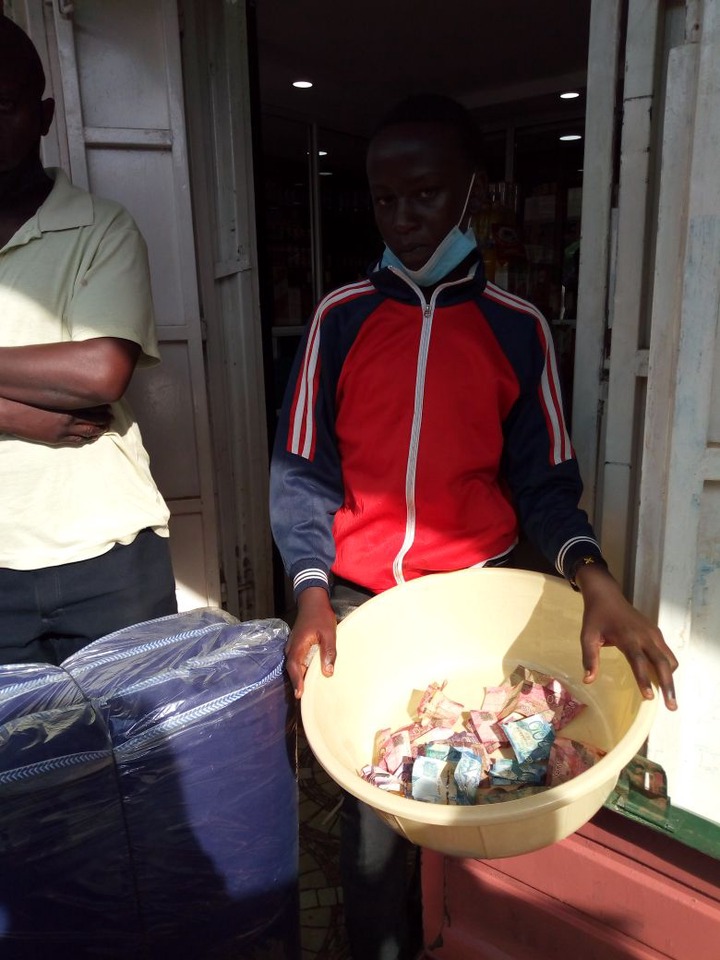 Elisha Nyakundi and his father in Kisii town.

The two instances vividly give a picture of the penurious situations common mwananchi encounters. Some families struggle to put even a single meal on the table hence education, a child’s necessity becomes a nightmare. Well-wishers are always sought to help the bright but unfortunate students chase their dreams. The Kenyan government has set aside the CDF kitty which helps only a handful. The county bursary programs as well only pick on a few. How will the others make it to realize their dreams?

But still, more happened and maybe you couldn’t have got a tip-off. In Bungoma county, a 14-year-old boy, Stephen Napali, walked for 14km to seek admission to his school of choice. He had attained 355 marks in his KCPE from Orec primary school where he schooled.

Stephen Napali not only slogged for over 10km but also had only an admission letter he received from Teremi High School. However, Napali’s story is quite different. He says that his grandmother, who was his sole guardian, passed away the previous month-July leaving him desperate for any help.

On the other hand, some find fortune. Abigail Njeri reported to Othaya Girl’s High School in Nyeri with an empty box and a bag. She had reported to school almost a week late when she came across Nyeri county Women Representative, Rahab Mukami. After having a short conversation, Mukami got touched and decided to pay Njeri’s school fees and buy her personal effects. It turned out to be a risk-taking trip-let it be!. Taking risks to achieve that which you aspire to have. Abigail Njeri who was in the company of her mother were both delighted by the support they got from the generous parliamentarian.

However much the government encourages 100% transition, there is a heavy load upon parents and families of humble background. Although CDF kitty and bursaries are available, it isn’t enough to cater for the larger group that needs it. Unfortunately, in most cases, those who are in dire need of these sources don’t benefit but instead the few ‘who’s. The government should have private-public partnerships that support the education of young, brilliant but unlucky students.

100% transition will remain an unfulfilled ambition of this government not unless adjustments are made to absorb the needy students and help them chase the dreams they passionately long to achieve. Thanks to Equity Foundation and other private foundations that reach out to help.