By sitatinewske (self media writer) | 4 months ago 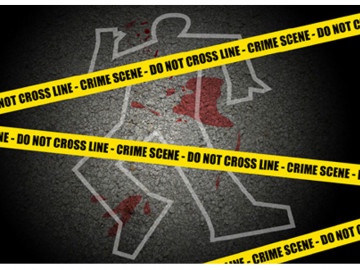 A second year student at Kirinyaga University identified asTaylon Mbutha, has reportedly died after engaging in a fight with another man over a woman in Juja, Kiambu county.

According to eye witnesses, Taylor was returning to his lover's apartment from a drinking spree on Tuesday morning when he engaged in a fight with another man identified as Joe Momanyi.

A lady identified as Margaret Nyambura, whom each purported to be their lover is said to be the reason behind the fight which turned out to be fatal.

Confirming the incident, the Directorate of Criminal Investigations (DCI), in a statement on Wednesday, said that Mbuthia had visited Nyambura, a First Year student at the Jomo Kenyatta University of Agriculture and Technology (JKUAT) where they started partying in the company of Margaret's roommate and her purported lover.

The report further reveals that the four extended their house party till Monday noon when they were interrupted by a Fourth Year student, Brian Andaki, who allegedly came to pick up Nyambura.

Rumour has it that trouble actually began after Nyambura identified Mbuthia as her cousin on Monday, ensuring an argument between Brian and Mbuthia on Tuesday morning, after realizing Mbuthia was not his cousin but his lover.

It is during the exchange that Mbuthia allegedly fell over the balcony of the third floor of the apartment and died on the spot upon reaching the ground.

Furthermore, detectives have now launched investigations into the incident.