By Fasihibrand (self media writer) | 20 days ago 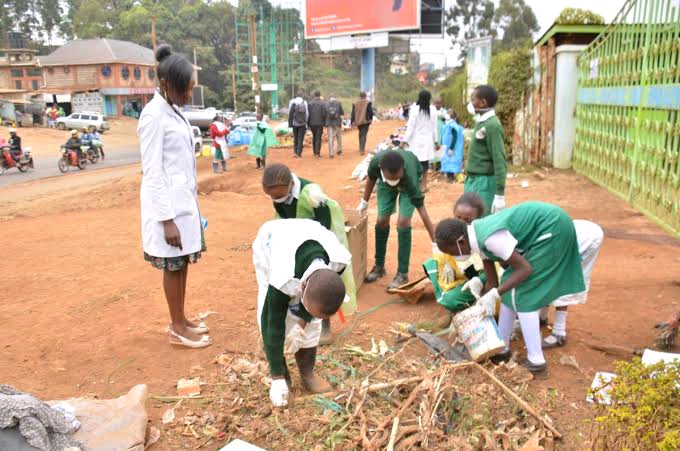 Students currently in class 5 will be the last faction of pupils to sit for the Kenya Certificate Of Primary Education exams which have been the most critical milestones in the 8-4-4 system. KCPE was officially launched in the year 1985 and will run up to 2023 where its boundaries will be cut short due to the introduction of a new curriculum namely: CBC.

The same students will be the last to sit for the Kenya Certificate Of Primary Education coming 2023. This is as a result of the country shifting to the new inaugurated curriculum that was acquainted in the year 2017. The (CBC) Competency-Based Curriculum has been said that it will produce ingenious, self-reliant, brilliant, and focused citizens.

The embrace of CBC came to life after it was said that the 8-4-4 system locked students in a do-or-die trial to pass their exams. The 8-4-4 system aimed to only succor students passes their exams in schools, unlike the CBC that pushes profundity to nurture pupils' talents. In the previous curriculum, most students were focusing only on passing with flying colors shirking the important aspects of life.

However, the 8-4-4 system was scolded for locking learners in a ‘none ventilated compartment'. This is a major factor that has led to even most educated students lacking the credibility and ability to use critical thinking and soft skills such as communication and self-expression in solving problems. Most of 8-4-4 students have been labeled as delinquencies despite their creativity. The system did not only privatize the students to sticking to books but also impeded them to grow and showcase their talents and aptitudes in life.

Unlike the 8-4-4 system, the Competency-Based Curriculum has been regarded as a modification that will uplift students' ability to nourish and use their talents. CBC aims at laying vehemence on competence, integrity improvement, aptitude, and inventiveness. Though it is still at its progeny stage, even the naïve ones can understand the dogma behind it.

The CBC will instill students with relevant skills to flourish in this hastily changing world. It will also help to keep our students in a well-characterized and disciplined intersection that will lead them to be responsible and good citizens of their nation.

Training and nurturing their talents and creativities will feed them with positive views to tackle major and minor problems implicating society. Along with that, it will teach students about crucial aspects of self-dependence and the ability to bridge entrepreneurial gaps between one geographical area to another. This will enhance their ability to critically think and come up with favorable entrepreneurship culture around the globe.

However, one of the sizable contributions of this Curriculum is the impact of enacting jingoism, integrity, social-economic justice, equity, love for one another, and uplifting of human rights and virtue of none bigotry.

Though the envisaged reform will follow the snail's crawling style, its fruit will be ripped with contentment. We all need a society full of plausible, self-reliant, creative, and self-focused denizens. Thank you.

Raila, AG Oppose Foreign Lawyers Prayer to Be Incorporated in BBI Case at the Supreme Court