Incidents of thuggery in the country have been on the rise with the government asking Kenyans to he vigilant and to report any case where they have been robbed as well as any suspicious activity in their vicinity. 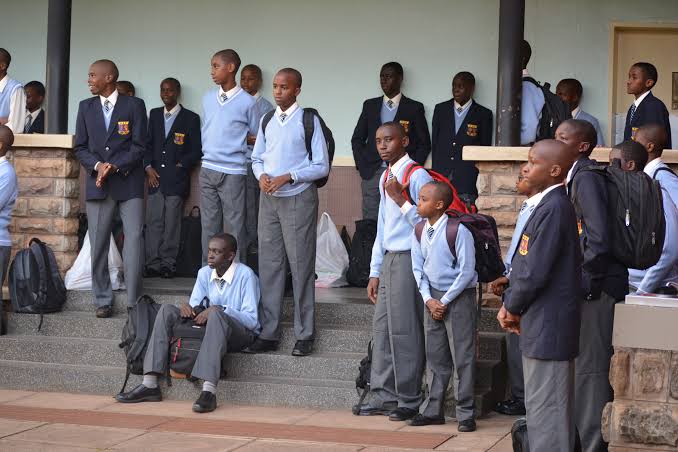 Thugs have now resorted to robbing even schools in the latest incident that has been reported from the county of Murang'a as per the reports we have from Daily Nation Newspaper this evening.

Two gun wielding thugs are said to have trailed the principal and bursar of a popular high school in the area and demanded for money from him.

The Principal of Igikiro Boys Secondary School had gone to a bank in Murang'a Town to withdraw 250,000 Kenya shillings which he was to use to pay the casual workers at the institution.

The two thugs who were in a saloon car are then said to have stormed the compound and one accessed the principal's office and held him at gunpoint demanding the money.

The other thug broke into the principal's car and took out a phone and a laptop which attracted the attention of the other staff and students.

Upon noticing this, the one outside gave the other thug a signal and they made for it without the money.

Police are pursuing the suspects as they were caught on CCTV cameras as well as the registration number of the vehicle. 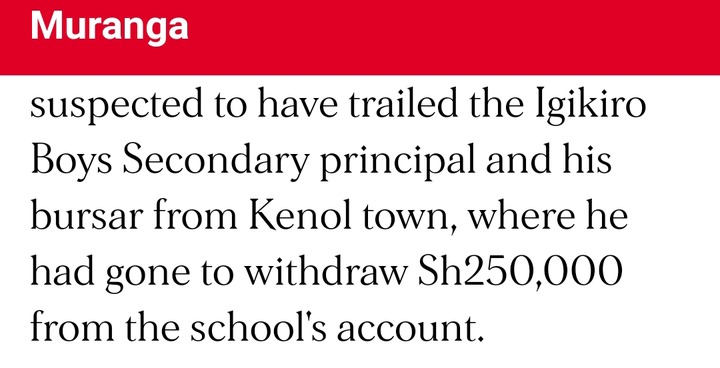 Meet a man who allegedly stole an IEBC laptop valued at KSH 226,250

My Teacher Who Was My Dad's Friend Kidnapped Me For 2 Weeks, He Raped Me And I Got pregnant; Lydiah