A Big Relief To University Students As The Ministry Of Education Makes A U-Turn On Fee Increament.

By AdyPistols. (self media writer) | 4 months ago 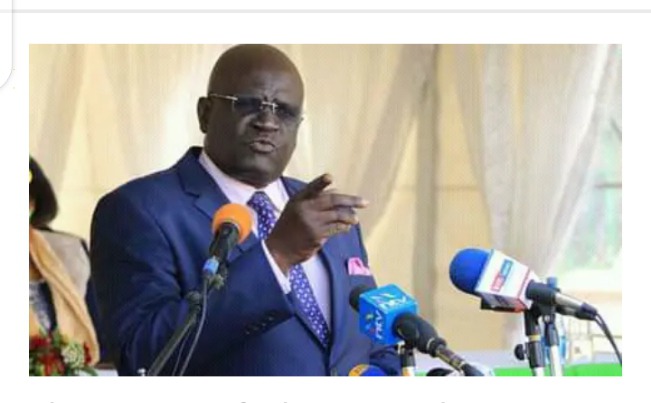 Several high education institutions have been faced by great challenges especially in the management of those institutions due to lack of enough funds to run the university programs and pay lecturers. This was as a result of law intake which was brought about by the ministry of education banning all private sponsored students program in public universities.

As a result of this several Universities including the University of Nairobi and Karatina University were forced to hike the fees by large amounts. This lead to unrests in those universities and comrades protested on the streets due to this abrupt fee increment by thousands of money by the management.

However on 16th July the cabinet secretary for education professor George Magoha staged a meeting with the stakeholders of this sector in an attempt to solve the issue at hand.

In the meeting they had a lengthy to talk concerning the fee increments in various universities for the different courses. After the long meeting it was agreed that the University fees for the various affected courses shall not be increased until next year. 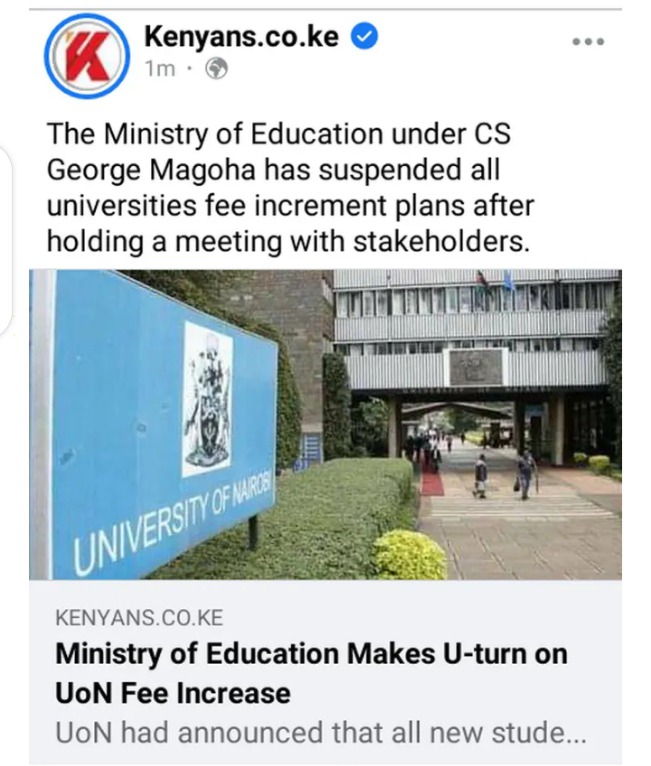 In his address to the public after the meeting, permanent secretary Simon Nabukwesi said that all increments of the University fees have been suspended until the year 2022. This was received as good news by the University students especially during this difficult economic times brought about by COVID-19 pandemic.

This news will see an end to the rampared University strikes and protests against what had been announced to them earlier. Several of the universities including University of Nairobi and Karatina University had already demonstrated. The most affected courses were medical courses, law and economics. Bachelor of commerce was also affected. Those taking this courses were to pay 70% more than the normal fees they have been paying.

Content created and supplied by: AdyPistols. (via Opera News )