A third-year student at Jommo Kenyatta University has been arrested after it is said that the body of another student was found in the room where he was living.

An unnamed person was reportedly arrested and taken to the police station for further investigation, according to a news report from a reputable source.

Moses Ngige, a well-known journalist from Thika who has a lot of social media accounts, said that the person who died may have been killed on Sunday.

Kenyans who have taken to social media to talk about this event have asked the government to do something about the growing number of university students who are being killed in different parts of the country. 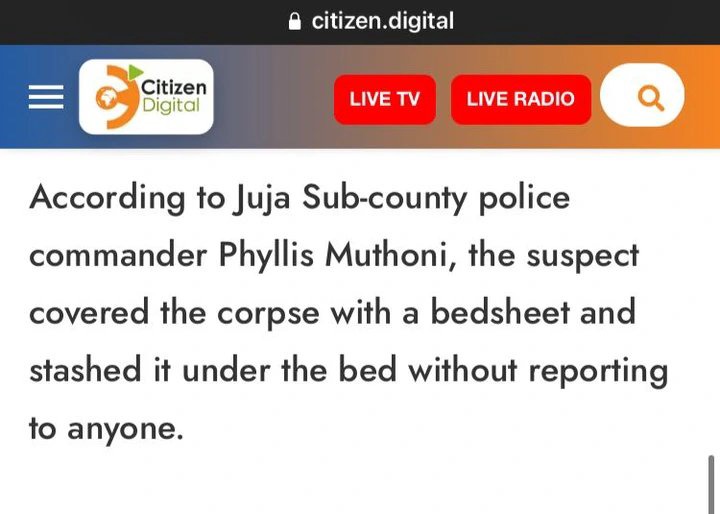 Most Kenyans say that it's sad that the government hasn't done anything about the fact that more and more students are being killed and found dead in their dorms, even though the number of murders and deaths keeps going up every day.

The government should do something, according to Bilha. In our country, people are being slain as if it were nobody's concern. 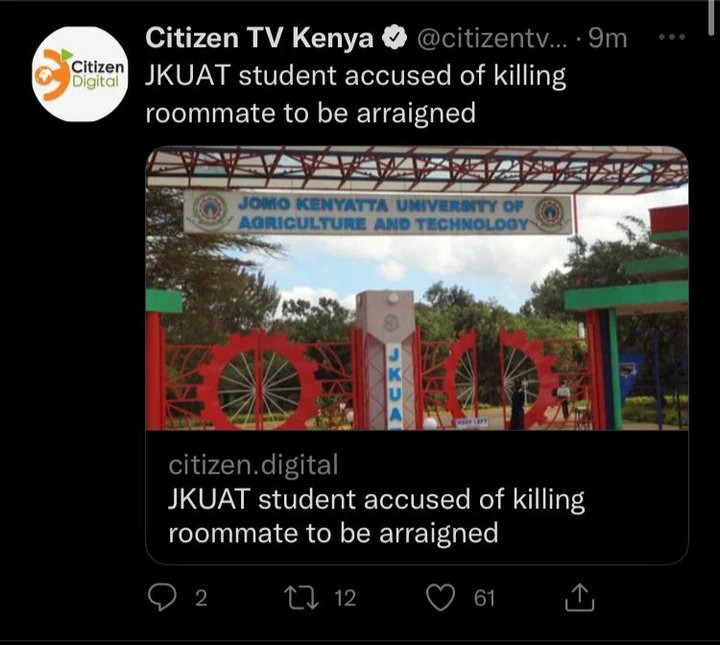