By Chairnjoki. (self media writer) | 5 months ago 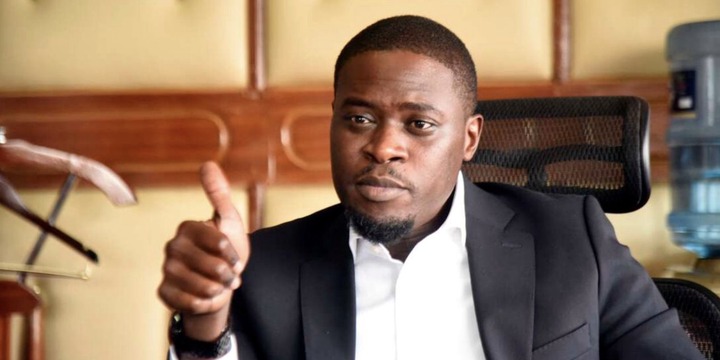 The Commission on University Education (CUE) has officially revoked the accreditation of Senator Johnson Sakaja's degree from Team University, Uganda, dealing a significant setback to his bid to become the city's next governor.

In a letter to the chairperson of the Independent Electoral and Boundaries Commission (IEBC), Wafula Chebukati, Mwenda Ntarangwi, CEO of CUE, declared that the Commission no longer recognizes the Senator's degree.

The Commission noted that it had received written material from the public indicating that the Nairobi gubernatorial candidate was never admitted to the institution in Kampala.

Ntarangwi remarked in his statement that Sakaja did not reveal his attendance at Team University in Uganda when he declared his candidacy for senator in 2017.

"In his 2017 declaration as a candidate for the position of senator, Sakaja Johnson Arthur said that the sole higher education degree he earned was from the University of Nairobi. No statement was made regarding Team University, from which he currently claims to have earned a degree in 2016."

"The University of Nairobi has recently confirmed in a letter to the Commission that, although enrolling in 2003 for a Bachelor of Science in Actuarial Science, he did not complete his studies," CUE noted. 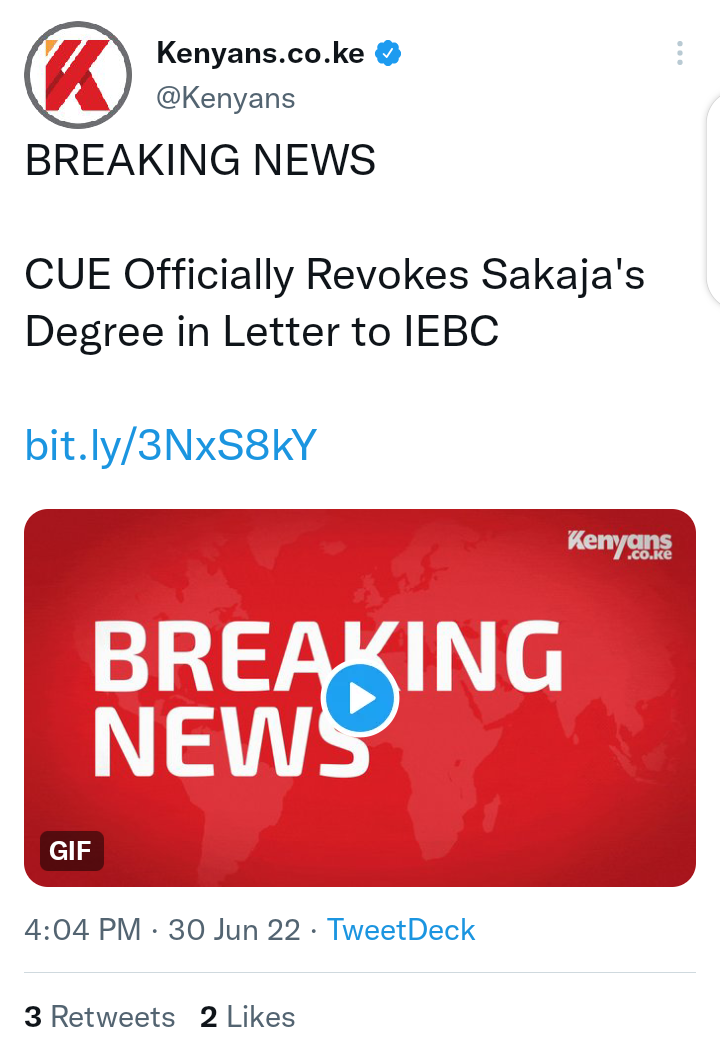 "The Commission reserves the right to revoke recognition of the award if it determines that the award in question is ineligible for recognition and/or calculation for any reason," he said.

(Video) Business Come to a Standstill in Kericho as Lions FC Walk Away With 1,000,000 Shillings

"We Won" Nameless And Wahu Wins A Prestigious Award