A student living with disability, Nicodemus Kilunda, can now achieve his dreams after his entire university school fees was cleared following a touching feature on Citizen TV.

On September 14, Citizen TV highlighted the student's plight for school. He had been admitted at the Dedan Kimathi University but had no hopes of joining due to lack of school fees. He says that his mother passed away in 2014 few months after being physically challenged.

"I have been called to Dedan Kimathi but I am not sure whether I am going to join the University because of the financial needs," noted Kilunda who had aspired to pursue a course in accounting.

He had collapsed and diagnosed with a Tuberculosis of the spine.

At the time, he was still in Primary school and excelled in the Kenya Certificate of Primary Education (KCPE) under a sponsorship by the Catholic Church. 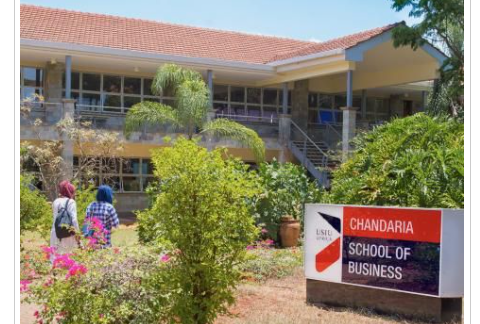 In High School, Kilunda's fees was facilitated by the Niko (Persons with Disabilities) Education Integration Programme where he was also given a wheelchair. He had a month stranded due to lack of school fees despite scoring a B- (minus) in his Kenya Certificate of Secondary Education (KCSE) from Lenana School.

After his story was aired, MasterCard Foundation, which seeks to help afflicted people living with disability, took over the matter and settled his university fees in totality.

For the MasterCard Foundation, which has a partnership with USIU, only 101 scholarships were awarded despite the announcement attracting 6,000 applications.

The government, on the other hand, only awarded 9,000 scholarships to students although it received 54,000 applications.