By Thegreatwritter (self meida writer) | 14 days

Students and the teaching fraternity of a popular Secondary school in Western Kenya were treated to a shocking revelation of a love affair between the school headboy and a female teacher. 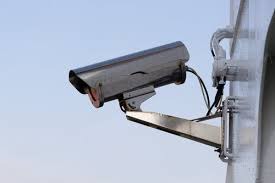 The soft spoken head boy was on Saturday morning captured on a CCTV camera sneaking out of the teachers house in a compromising attire.

The boy identified as Eriko is reported to have been having an under-the-curtain affair with the elderly English Literature teacher.

According to the security apparatus of the school, they had been for sometimes suspecting the boy's movements during the night hours but had not made any conclusion yet.

The school principal is said to have installed CCTV cameras at specific points in the school compund a week ago and the two lover birds seemed to have not realized that their secret affair would one day be exposed. 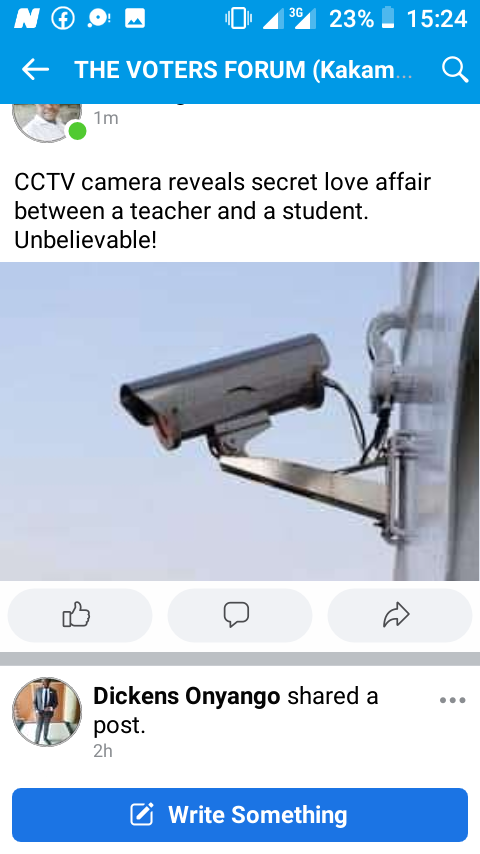 The security personnel in charge said that he was observing the screens at around 5.00am in the morning when he sported one 'man' walking out of the Madam's house in a short and was bare chested.

The then sounded the alarms and within a short time, everyone in the school compund had already gathered at the scene.

Exited at what they we're seeing, fellow students seem to be ridiculing the boy calling chanting 'simba, simba,simba' as others were shocked of the revelation.

The said teacher was reported to have sneaked out of the compound silently soon after the boy had been cought and has since disappeared.

Speaking shortly after the incident, the school deputy principal who was present assured everyone that serious investigations had been started.

He added that serious legal action shall be taken against the teacher upon completion of the investigations.

Inside reports from the school revealed that the boy was suspended for two weeks as he is expected to report back with his parents for disciplinary hearing.

Dramatic Scene As Pastor And Church Elder Fight Over A Female Choir Member In The Church Compound.