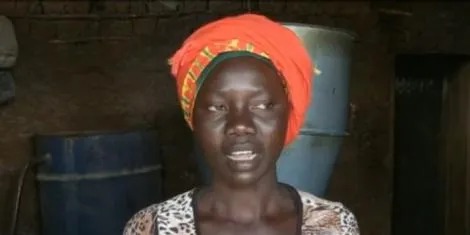 Milly Nafula, a Grade A student who missed out on an opportunity to join the university 14 years after writing her Kenya Certificate of Secondary Education, has received a response from Agnes Wahome, the CEO of the Kenya Universities and Colleges Central Placement Service (KUCCPS) (KCSE).

Wahome made a statement after Citizen TV aired Nafula's suffering on Tuesday, December 7, stating that the government entity would aid her in her pursuit of a university education.

She did note out, however, that Nafula had already written to the Joint Admission Board (JAB), which was in charge of placement at the time. Wahome said that the mother of two will have to write to KUCCPS with all of the necessary information."The Milly Nafula case dates back to 2011, when KUCCPS was not yet created and placements were handled by the Joint Admission Board."

"Now that KUCCPS has taken over, Nafula should write to the body and alert us to the situation." Only if she writes to us can we take action. "Once we have all of the facts, we vow to help," she remarked.Nafula's quest for university entrance began in 2007, when she received an A- (minus) in her KCSE exams. Despite her outstanding results, the Manor House High School alumna was surprised when she was denied university entrance.

Despite writing multiple letters, she was unable to contact the university placement board (JAB) at the time."When I went to the principal to address the problem about not receiving my acceptance to the university, I was told that the school had not received any letter from the Joint Admissions Board."

I was also urged to travel to Nairobi to inquire about the situation, but because I couldn't afford the cost, I submitted a letter to the board through the Kitale District Officer in 2009. "He mailed the letter, but no one replied," Nafula said.To support her two children, the top student was compelled to grind maize in a Posho mill in Trans Nzoia County.

"As an orphan, my desire was to go out there and alter the lives of my family, because my mother was a single mother." I also have two brothers that I am responsible for. "I also save in the hopes of one day enrolling in school to learn," she added.When she has the opportunity, Nafula wants to pursue a degree in medicine. 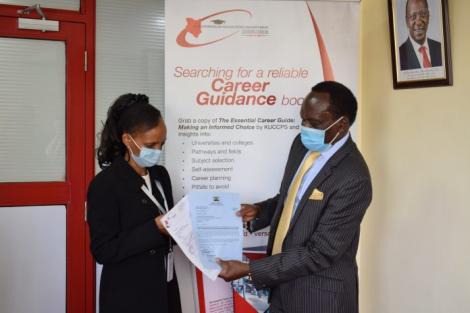