By Fasihibrand (self meida writer) | 22 days 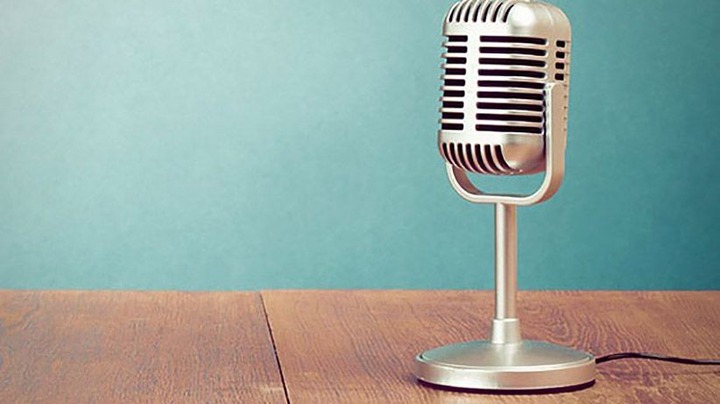 1. Start with a story | Sometimes the hardest part about speaking is not the actual getting in front of an audience part, but the writing of the speech. Keep the story SHORT & RELEVANT. And it’s great way to tie in the rest of your speaking points!

1a) Make a Map | This is a tie in to the first part. Map out your speech. (Seriously, think of how it would look if you plugged it into Google Maps.) Where are you going to start (introduction) and where are you going to end (conclusion)? What do you need to say that will get you from the start to the finish? Just like Google Maps, find the shortest or most entertaining way to get there! I like to keep my talking points at around three and definitely no more than five.

2) Visualize | Visualize how you will be standing on the stage. Where will you walk as you move across the stage? Picture absolutely everything that you can picture, from what you’re wearing, to the audience, to the lights, to the microphone, to the little audience noises (squeaky chairs).

We used to do this for crew regattas. We’d visualize the race so we would know exactly what coxswain calls were coming and when. After a visualization (or two), we would be both PUMPED for the race and PREPARED to race.

3) Body Language | I’m totally stealing this from my professor’s curriculum. Before you were allowed to give your speech, he would make us say, “Open face, eyes, voice, hands, feet.” Those were the five things we had to focus on when it came to our body language during the speech. This is not something that probably comes naturally so it will require practicing.

Open Face: Keep your eyebrows up and eyes wide open. This makes people in the audience feel like you’re really into what you’re talking about. Plus, it’s really difficult to drone on if you have an enthusiastic face! (This is arguably the toughest part!!!)

a. Eyes: This sort of goes with the open face, but make sure you make eye contact with people in the audience. Confession: this is what makes me the most nervous… looking people in the eyes. So I either “plant” friends and family in various parts of the room/auditorium (front, back, center, left, and right!) or I look at the tops of people’s heads. It’s obvious when you’re staring at the wall in the back, especially if you’re elevated on a stage. But the crowns of people’s heads creates an illusion!

c. Hands: Hands should be in front of you or actively engaged in small hand gestures. Keep them in front of you, not in your pockets! Folded arms aren’t good either. If you’re worried about your hands, holding small note cards with speech cues is a good way to keep them in one place, but avoid big pieces of paper that you might play with during the speech.

d. Feet: Utilize the stage. Even if you’re given a podium, walk around it and come to the front. Make sure you’re engaging the left side of the room and the right and the center. Move forward and back (constantly keeping your face to the front). This is also good because moving around means you won’t lock your knees (aka faint) and you can get out some nervous tension!

4) Practice | Practice a ton. Don’t just practice the words. (I’m personally not a fan of over rehearsed lines.) Clear out a space and practice your speech, your body language, and don’t forget to visualize! Bring in a friend or parent to critique you! When I was a teaching assistant for the class, the students who asked me to personally watch them practice a day or two before the speech did SO much better. It helps kick a lot of the nerves out... and it also will alert you to any issues you’re having. Another “bonus” solution would be to film your practices. I used to record my speeches on my iPhone and play them back. I found a lot of verbal crutches to kick out and narrowed in on the spots where I spoke too fast or where I didn’t make as much sense.

5) Breathe | In tandem with practicing, “schedule” pauses in your speech. Not only will this allow you a way to slow down your speaking habits, but it will also give you a chance to remember to breathe!!! We used to do this in chorus; we’d practice our breaths in the song. Forgetting to breathe is super easy to do (even though it sounds dumb). It can cause you to feel lightheaded or even pass out. Never a good thing! Taking slow, deep breaths will keep you feeling grounded and calm throughout the speech. I also like to focus on my breathing because it gives me something to think about. Otherwise I might think about whether I’m “messing up” or the hundreds of pairs of eyes facing me!

6) Take a moment | So…. if something does go wrong in your speech (which may happen), calmly excuse yourself and take a moment. I had a panic attack during a speech once (quite embarrassing), but I asked to take a break and immediately left the room. Luckily I had the luxury of being in a classroom with a professor who took over in the interim.

Once my breathing returned to normal, I did some visualization exercises, walked back into the classroom, and resumed my speech without a hitch. It’s okay to need to take a break or a moment to collect yourself! A lot of people really do struggle with public speaking, which means a lot of your audience can relate to how you feel. No need to beat yourself up over it!