By Sankara (self media writer) | 1 month ago 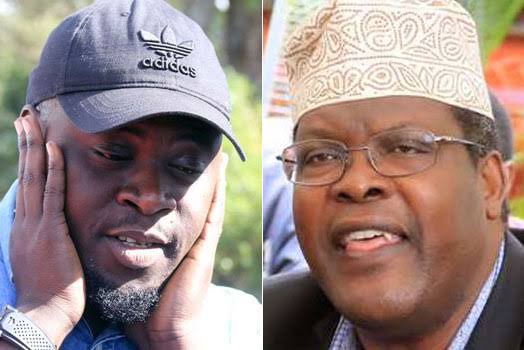 Miguna Miguna was exiled following his action of swearing Raila Amollo Odinga as people's president after 2017 general election. He has been active on Twitter supporting Deputy President William Samoei Ruto and his allies.

Sakaja's academic credential was revoked by Commission of University Education (CUE) over the claim that his course was not accredited in Teams university, Uganda.

Miguna Miguna through his official twitter handle says that he's sick of Johnson Sakaja's lies. He added that Sakaja publicly stated that he became a millionaire businessman with a Mercedes Benz vehicle while at the University of Nairobi, how he grew up Atwoli's household. Miguna also reveals that Sakaja had a degree in Actuarial science despite wailing in poverty. 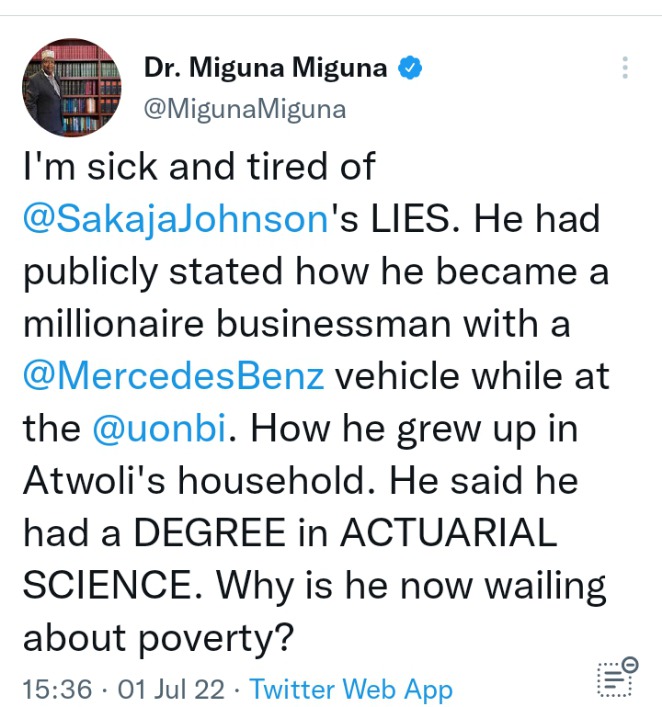