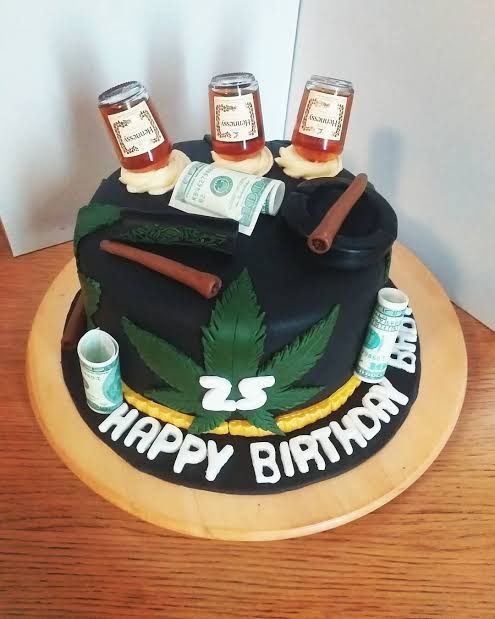 Narok police have apprehended two University Students for conducting a baking and selling business to their fellow students’ cakes blended with weed.

The two aged 23 and 25 were put in hand cuffs in their single roomed house, some distance away from the University’s Main Gate while baking “weed cakes” that they peddle at Sh.100 per piece.

“We got a tip off from the locals and the University Security Team that there was something dubious transpiring in this specific house. We have been investigating for the past two weeks until today when we have taken them into custody,” he said.

Kariuki said that the cakes are laced with Cannabis sativa and when eaten one stays intoxicated for half a day.

The CIO threw caution to the wind to land lords whose houses are used for outlawed businesses, saying they too risked being apprehended and charged in court.

“In future we will also cuff house owners who do not oversee their houses to ensure their renters are not conducting illegal businesses. The house owners should be the first to report to the police of wary businesses within their premises,” said Kariuki.

During the raid, the police also confiscated a microwave that was used to make the cakes and will be presented as exhibit when the two will be arraigned in court.

The University Chief Security Officer, David Mwiruri said the detention of the two students was a huge boost to the fight against drug abuse which has been on the surge at the institution.

“We urge students to bring to our attention any suspicious drug peddlers to the police so that we can battle this illicit business as one,” he said.

The arrest of the two students is a reflection of how university students engross in drug abuse at the expense of focusing in their studies.

Last year, some kids as young as 16 years were recorded on camera in Nairobi smoking weed in public and prompting the police to nab them.

Kenyans in a Rush to Top Up Their Lines Before Tomorrow, Key Safaricom Services to be Unavailable

Bonchari: Jubilee Campaigns Brings Businesses To A Standstill In Bonchari

Mammito Wows Fans after Posting A Hilarious Video about Embarambamba

Opinion: Kenyan Leader Who May Team Up with Ruto Before 2022

Jose Mourinho Linked With A Move To Scottish Club