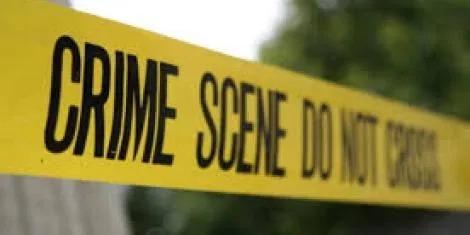 A form three student on Wednesday, May 4, stabbed his counterpart to death in Keben High School of Belgut, Kericho County.

The two are said to have had an altercation before the situation escalated and took a turn for the worse.

The attacker was aged 23 while his victim was an 18-year-old female student. Witness accounts indicate she died on the spot.

Learning had been disrupted in Keben High school after the students went out of the school in protest to demand justice for their colleague.

The cause of the bitter confrontation has not been established but further investigations by authorities have commenced.

The incident is not the first of its kind to happen in Rift Valley after a case in November, 2021, involving a Form Four student in Uasin Gishu where he killed his form three female lover and her one-year-old baby.

Gender-based violence cases have been on the rise, making it an issue of concern to many Kenyans.

Data from the Demographic and Health Survey, 2014 indicates that 41 percent of reported GBV cases reported by women are from their intimate partners including husbands.

A similar case became a subject of national discussion in 2019 when Ivy Wangechi, a medical student at Moi University was killed to death after she allegedly rejected Naftaly Kinuthia's request for a relationship.

The man, who committed the act after the girl rejected his advances, had unsuccessfully attempted suicide.

To report any Gender-Based Violence case report to the national GBV helpline 1195.