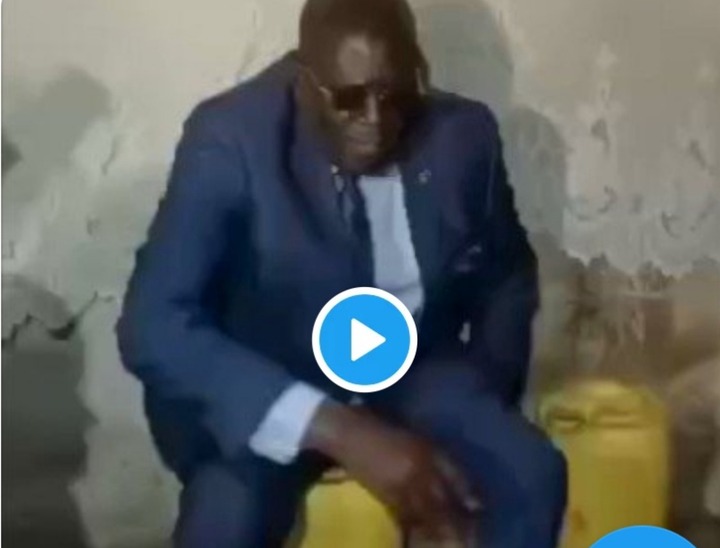 Education Cabinet Secretary George Magoha today was addressing the media and the people inside the House of a poor single mother in Nakuru while sitting on top of a 20 litre Jerrycan of water, while making arrangements for Her Son to join High school after being denied a chance to get a form one admission.

In the Video, Magoha is seen standing inside the Mud House together with His other County and national Government education officials, and later grabbed the Jerrycan and sat on it. Although it appears dangerous and unstable for Him, He pushed it to the wall and managed to sit down well.

He later asked for the student, identified as David Munyonge a 16 year old who was studying at Umoja Primary School in Nakuru but later failed to get an admission directly into secondary school, hence making Him to stay at Home hopelessly, since He didn't have any clue on whom to report to.

Upon much interrogations, the Minister discovered that the mother was just a casual worker who was washing clothes for people around so thag She could raise the money for the normal everyday expenditure. She further stated that the father of the young Man ran away from Her when He Was in Nursery school because of huge responsibilities that He couldn't bear. 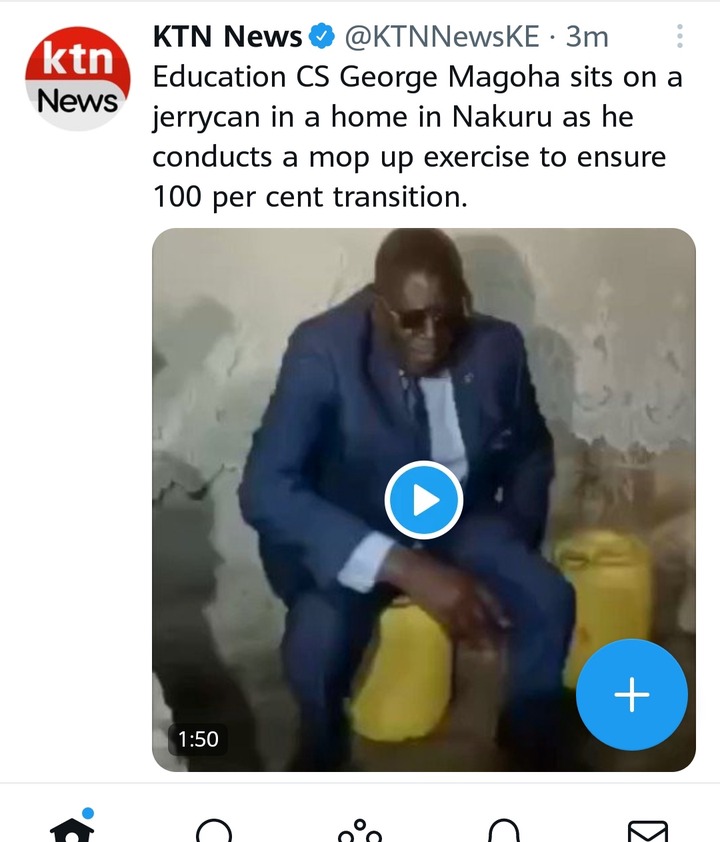 "I am just an ordinary worker, and I have been getting jobs here and there to wash clothes for people to earn a living. My Husband has been out of our lives since this boy was a small Child in kindergarten because He felt the Burden of bringing Him up" She stated.

The Cabinet Secretary ordered that the boy be taken to Nakuru High school and start learning immediately without paying any school fees because it's a government school and the Child also belongs to the Government. He also warned school heads and other players in the field to be careful with their work because He wants a total 100% transition, and it may not work if they keep sabotaging His efforts to make it happen.

"This is a joke and I won't allow at all, and the responsible officials should be careful because I will not tolerate this. I want this boy to be taken to Nakuru High here and start His education immediately, That is a government institution and He also belongs to the same government. "He claimed.

Immediately after that, they were seen moving out of the place while planning to head to the school and finalize the whole matter.

With this being part of Magoha's behavior since He si a simple man, Kenyans took to social media to pour endless praises to Him, while saying thag other State officials should follow such tracks to make sure that the Country becomes a better place.