By Vinleestan (self media writer) | 1 year ago 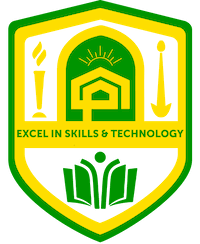 Kisii National poly is the hub of technical education in the wider Western region and has over 50 programs in the following departments:

The college teaches about seventy four courses beginning at the Artisan level all the way to the Higher Diploma level.

The Kisumu National Polytechnic is situated in Kisumu City, in Kisumu County, just 3 km from the city centre. 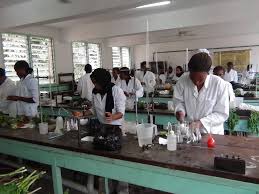 The next giant is the Eldoret National Polytechnic.

The polytechnic is home to state-of-the-art facilities including ultra-modern computer laboratories and high-speed fiber optic internet.

Kabete was started way back in 1924 and has scaled the height to become one of Top Ten Polytechnics in Kenya.

The Meru National Polytechnic is another ISO Certified Institution (ISO: 9001:2015) indicating their commitment to delivering quality education for Kenyan youth.

The Polytechnic is constructed on expansive land near Meru Town and serves students from the vast Eastern Kenya region, the former Central province.

The institution is among the first polytechnics in Kenya to become a TVET CDACC examination center (for CBET courses).

The student population stands at slightly around over 8000 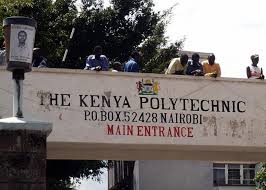 At the coast, we have the Kenya Coast National Polytechnic, formerly Mombasa Technical Training Institute.

The college has earned recognition as one of the industry leaders primarily because of the excellence of its faculty and the diversity of their where you can attend studies on part-time basis (for the working population).

The college has invested heavily in educational infrastructure to support this dream.

The institute runs a vibrant medical sciences department where you can take courses such as pharmaceutical technology and medical laboratory technology among others.

Subsequently, the polytechnic has recorded tremendous growth and is today considered one of the topmost polytechnics in Kenya.

And going by the learning facilities, this could be the place to be if you’re interested in courses such as Analytical Chemistry, Food Science Technology, Automotive Engineering, Applied Biology, Environmental Sciences, Civil Engineering, fashion etc.

Sigalagala National Polytechnic also trains form 4 leaves in a variety of competitive areas and awards certificates and diplomas from KNEC, NITA, TVET CDACC, among others.

Training is again hands-on and you have a chance to hone your entrepreneur skills, if you wish to pursue an entrepreneurial path.

The college is once again in the Western region but in Kakamega county (it’s along the busy Kisumu – Kakamega Road).

In addition to various certificates and diplomas, you can take the following CBET programs at Sigalagala.

Students in North Eastern region can attend the North Eastern Province National Polytechnic in Garissa (Its only 3 kilometres from Garissa Town’s CBD).

Though it has a couple of higher diplomas, the college mainly concentrates on Diplomas and certificates with Diplomas taking the lion’s share of the available capacity.

With regard to security, the management has gone ahead and established a police post within the college.

I should mention that of all the top ten polytechnics in Kenya, North Eastern Province National Polytechnic has the most affordable fees. 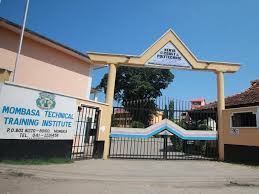 The Kitale National Polytechnic has been in existence since 1980 and college is widely recognized as one of the leading national polytechnics in Kenya.

One of the best things about the institute is its accessible location- it’s within the Kitale Municipality (along Elgon Road), 1 kilometre from Kitale town.

The college has for long been a star performer in sports such as darts, hockey, football, football, netball, cross country, among others.

Turning to academics, the institute has 9 departments including the fast-growing Agriculture Department where students take courses such as the KNEC-examined Diploma in Entrepreneurial .

Content created and supplied by: Vinleestan (via Opera News )

How to check KCSE, KCPE and KPSEA registration