"I Lost a Golden Opportunity Because I Didn't Know How to Read. My Wife Stood by Me" Muigai 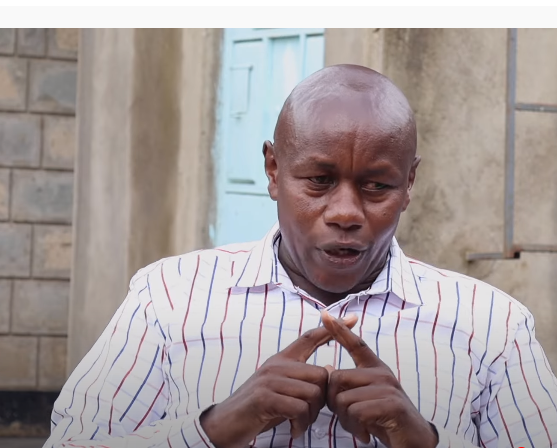 Lack of education can't make you become poor. There are many people who never went to school but now they are millionaires in the world. Most of them run big investors in Kenya. The most important thing in life is the favor of God, hard work, determination, transparency, and marry a good wife.

His upbringing was not quite good. His parents had separated when he was young but later reunited. His early life was hard because he started working when he was 10 years. And until he was 18 years he had worked in different fields like farming, grazing. He lastly worked in the horticulture sector. In this case, he never attended school even for one day. Unfortunately, he doesn't know how to read and write.

His wife says that even though he was illiterate his hard work made him love him more. He is very transparent as pertaining to money. He never has secret accounts to save money. Although there many men who loved her he chose Muigai. 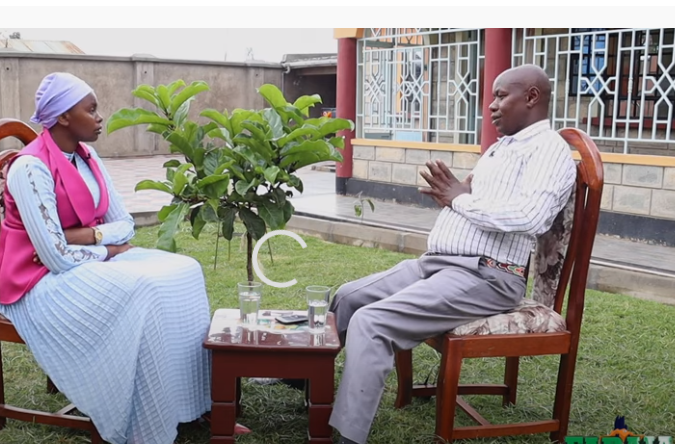 Later he married his wife because they were working together in the Horticultural sector. Having started from humble beginnings they never lost hope in life. While his wife was still working in the company, Muigai was selling milk. And because they lived in Naivasha he would travel to Kinangop to buy milk. Through the saving they had, they were able to buy a cow.

A friend of his offered to sell him land. He later sold the cow so that the money could be enough. ''He told me to pay him in installment because the money was not enough. We later moved to our plot which we first built a mud house.'' He adds. His life started changing slowly by slowly. By this time they only had two kids.

One day one of his friends called because he wanted land to buy. Muigai was able to find the land which was about 24 acres. And because Muigai was the broker, he was able to make a lot of money from the sale. From there, his life changed for the best. Many people approached him for business. 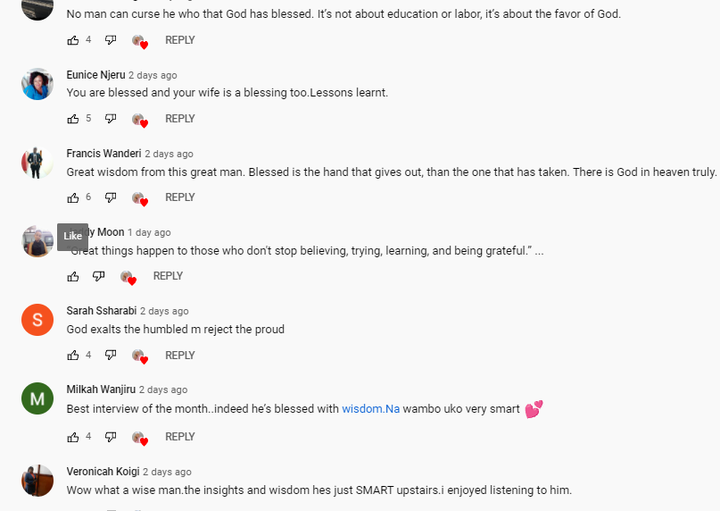 A professor who was from abroad also wanted land here in Kenya. They met with Muigai for a small discussion. Unfortunately, what the professor was saying was translated into mouth tongue so that Muigai would understand. Later after the Professor moved abroad he called Muigai. According to Muigai, he was unable to talk English. The deal backfired. He never got the opportunity because he never knew how to speak English.

As for now, Muigai is a transporter. His wife runs a business that sells chicken feeds. Their life is now transformed. Through an interview with Wambui Mwangi, he says that if he went to school he would be a billionaire. He also never intends to go back to school. ''Let my children go to school. For me, the favor of God is enough for me.'' He adds.

His wife controls all his projects because she is literate. Muigai gave her mandate to take care of his investment. She is business-oriented, hardworking, submissive, and humble.

The only secret of getting rich is giving. Be generous to everyone for the little you have. Give a lending hand to the poor, widows, and other people in need. For Muigai he is a giver. If you give people always say good things of you. Muigai's vision is to one day built a big company.