By HotNews_Ke (self media writer) | 12 days ago 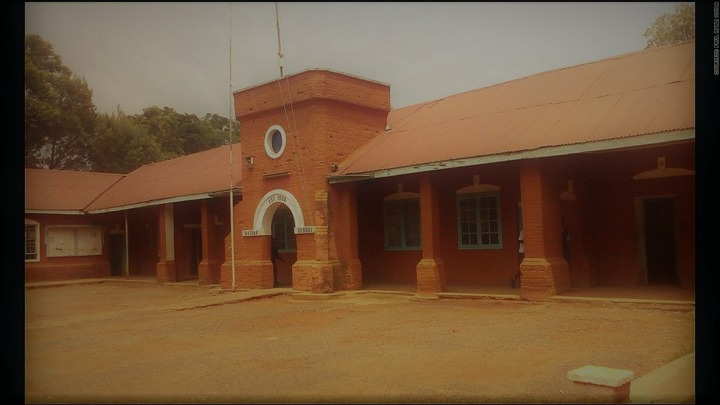 When President Moi took over power in 1978 after the sudden and unfortunate death of our founding father he made two rallying calls. One was 'Nyayo' and the other 'harambee'. Nyayo was a calming phrase to the nation that Peresident Moi would follow on the footprints set by President Jomo Kenyatta. Harambee was a rallying call for Kenyans to unite and develop our country. It is for this harambee call that many Kenyans united to construct schools allover the country. But do you know we have schools that are over 100 years old?

When Ludwig Kraft and other missionaries set foot in Kenya, the first thing they did was to build a church and a mission school. The mission school became the oldest formal school in Kenya. It was established in 1846. That was 117 years before Kenya could gain independence.

Perhaps you know it as one of the fancy national schools in Kenya. Well, when it was started Africans were not allowed to study there. It was established in 1902 by Britons who had been working at The East African Railway. Most of them did not go back to England but opted to settle at Westlands. With their population growing, they needed a place where their children could get formal education. Perhaps nostalgic of their home country, they named it Prince of Wales school. Later it assumed its present name Nairobi School.

It was started as Friends School Kaimosi in 1903. This was during a time when missionaries where bringing Christianity to East Africa and other parts of continent. Unlike in Rabai, the missionaries who started the school did not come from Europe. They came from South Africa and they were known as quaker missionaries.

This was the second school after Friends School Kaimosi to offer admission to Kenyans at the turn of 20th century. Unlike Kaimosi, it only offered slots to royal children though. To be admitted at Maseno School you had to be a son of an African chief. This is where Oginga Odinga first enrolled for his education,.

Just like British workers were founding their own school, the Indian community also founded their own school in 1906 and named it Government Indian School. Earlier students to enrol in the school were children of Indian workers who had helped construct the railway line. It later transitioned to Jamhuri School.

founded in 1908, it was the first girls school in Kenyan history. Just like most early schools, it was set up by missionaries who were spreading Christianity in Kenya. Its present day name is now Tumutumu Girls' High School.

Do you know any other school that was established in the early 1900s?

What People From Mombasa County Will Remember President Uhuru For