By Kokweny (self media writer) | 3 months ago 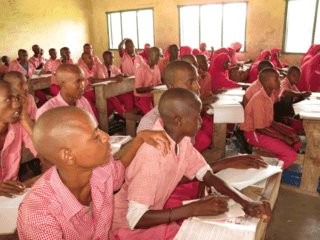 Despite ongoing CBC improvements, attendees at a public debate at Mandera Secondary School called for a return to the 8-4-4 system.

Mr. Mohamed Issack, a local resident, alleged that CBC was a hastily implemented attempt put on parents and instructors.

Mr. Mohamed, on the other hand, believes that if given enough time and thought, it has the potential to benefit our community.

He asserted that a shortage of teachers had hampered Mandera County's new educational system from getting off to a good start.

Our few educators aren't even equipped to teach CBC. How does Mandera fare in comparison to other counties with comparable resources?

"All of the assignments in this CBC need students to buy supplies in order to complete them at home or at school." We can't afford this everyday price because the majority of Mandera's parents are poor, he said.

Ms. Asli Alio complained that CBC catered to the wealthy, and that her children had to hunt around the neighborhood for someone with an internet-enabled phone in order to learn.

Content created and supplied by: Kokweny (via Opera News )