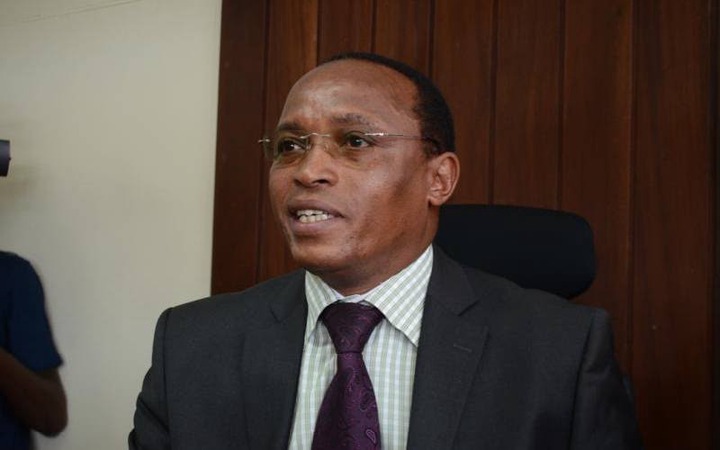 The judicial service Commission is currently on a hunting mission for the next chief justice following the retirement of CJ David Maraga.

Ten Shortlisted candidates are to appear before the commission to try to convince it on their suitability to fit into the shoes of Maraga.

On Friday April 16, it was the turn of the former director of public presecution Philip murgor to be Interviewed.

On Monday April 19 Mathew Nduma nderi will have an opportunity to argue his case out and see whether he will convince the panel to hire him.

Justice Nduma nderi can be described as one judge whose rulings can either be Solomonic or catastrophic depending on which side of the court room one is in.

The mention of his name evokes sweet memories among many teachers as in the year 2015, he made a ruling that was one of a kind.

Teachers left the court room engulfed in an aura of ecstasy knowing that the era of poor pay by the opressive gorvenment had come to an end.

Although the gorvenment later on succeefully appealed Nderi's Decision to award teachers 50-60% payrise, the judge had made his point and that is why he will forever remain in the hearts of kenyan teachers.

In his ruling, the judge noted that the 50-60% payrise had been proposed by TSC itself but later on the commission made a u-turn after being advised by SRC.

Nderi also observed that the teachers Service Commission had already made salary increments to the TSC secretariate and therefore giving teachers 50-60% was in order.

Now who is Nduma nderi?

The 59-year-old judge from Runyenjes, in Embu county, is married with two children.

He is a Catholic and a member of parish council at Kathunguri Catholic Church.

Nderi went to Nairobi school before proceeding to Nairobi university whe he did his bachelor of law in 1987. He then went to Kenya school of law where he did a diploma course.

For his master's degree, he went to Stellenbosch university in South Africa where he majored in commercial arbitration.

Nderi was admitted to the bar as an advocate of the high court in December 1988 and served untill 1992.

He then went to Swaziland where he rose the through the ranks to become judge president of the industrial court of Swaziland from 1998-2006.

Nderi then came back to Kenya and headed the federation of Kenya Employers legal and industrial affairs unit for a year before moving to the neighboring country of Tanzania.

There, he worked as the principal legal council for east African community.

After the 2010 Constitution established Employment and Labour Relations Courts (ELRC), Justice Nderi seized the opportunity to come back to Kenya where he was appointed a judge in 2012.

Besides the teachers' case, he once awarded a telephone operator ksh 7milion for Working without a contract for 5 years stating that this amounted to unfair labour practise.

Judge nderi also dismissed a case by Gorvenor Mike Sonko where he wanted the court to stop his impeachement.

He likes reading inspirational books, playing golf and dancing and listening to music in his free time.

Is this the Chief Justice that Kenya is looking for? Feel free to share your thoughts and comments on this on our comments platform.

When Universities and Colleges Will Resume Studies

"Stop Speculating On When KCSE Exam Will Be Released" Cs Magoha says This.