Kenyans have elicited Mixed reactions after Popular Mt. Kenya Lawyer and blogger, Wahome Thuku posted a photo alleging it to be Team University in Uganda. He claimed that they indeed visited the University and revealed his mission at the University.

Team University has been in the Limelight after the Nairobi Senator Johnson Sakaja cited that he obtained his degree at the University. The issue was investigated and confirmed that his degree was authentic.

But his critics have been claiming that Sakaja never studied in Uganda. Now Wahome Thuku is alleged to have visited the University. He cited that he did not visit the University to confirm that Sakaja did not study there, he said that that was never in doubt.

He said that he visited to know why they awarded a degree to someone who never studied there even for a day.

"The gentleman has never been a student in this institution. I visited to understand why a university in Uganda would make such a grave thing and how many other Kenyans it has awarded degrees without even enrolling for a day. " Wahome Cited.

He went ahead to say that he lied to get relevant information that he promised to share. He said that he will also reveal to whom he talked.

"I will tell you how we arrived, how we got in, how we lied and got the info, and who we talked to." He added.

Kenyans have, however, expressed different views on this, some citing that they are happy Sakaja was finally cleared. Others cited that University education does not depend on how sophisticated it is, this is after Wahome cited that the entire Team University is built on land approximately 3/4 acre of land. 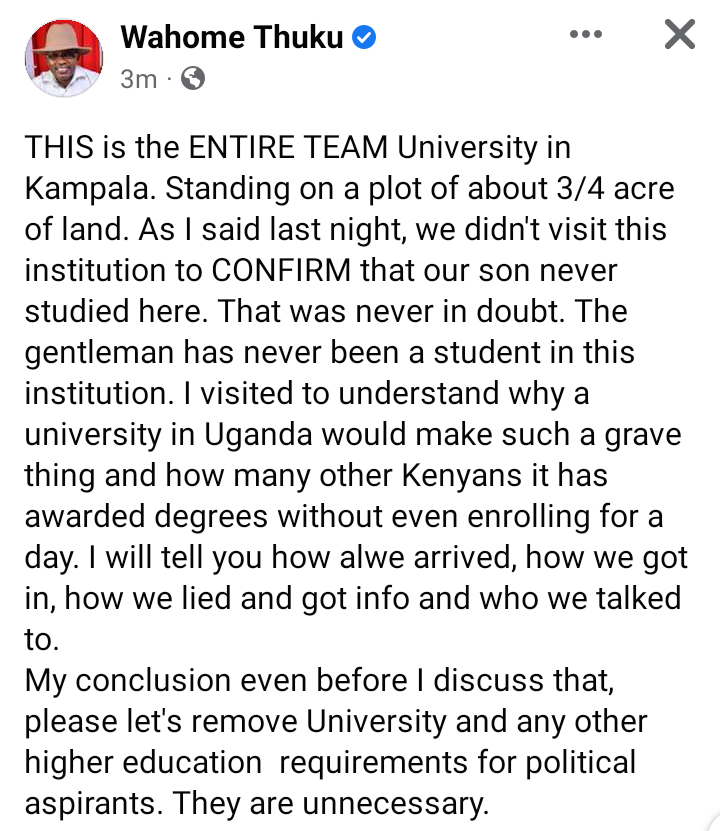 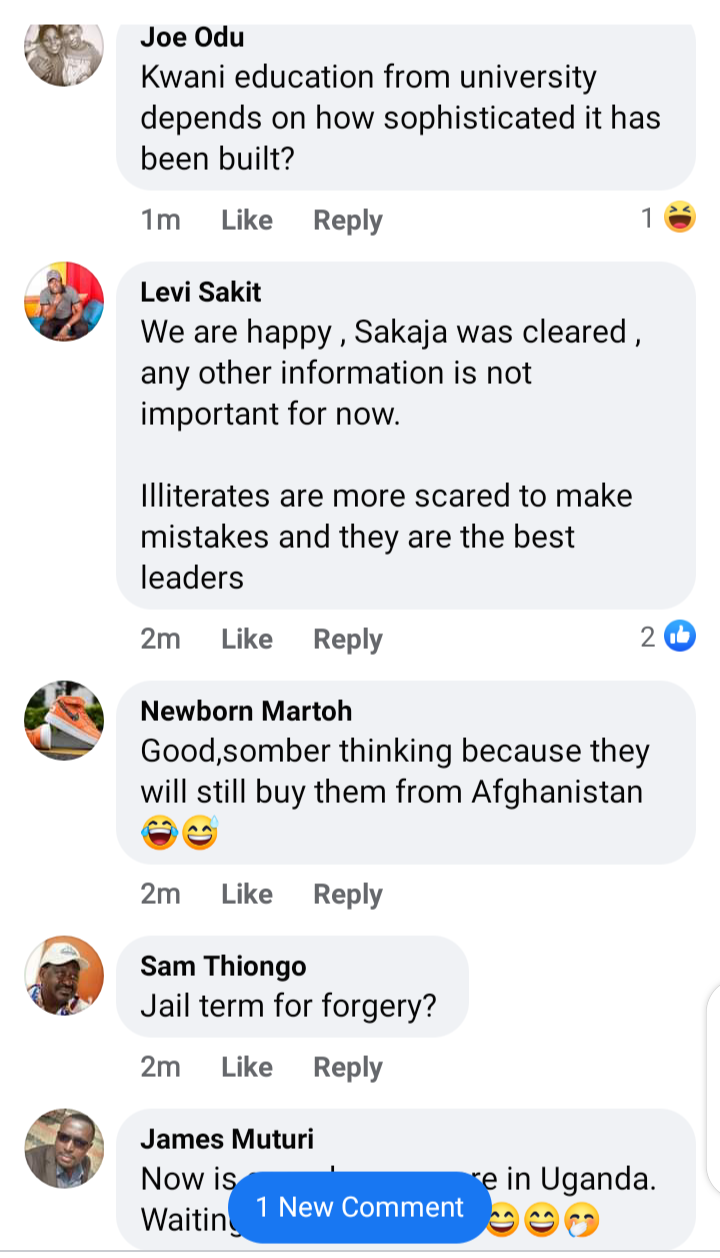