By MumbiChege (self media writer) | 1 month ago

Students from P.C.E.A Kambala High School in Molo sub county, Nakuru County went on a strike on Wednesday, October 20th, just a week after schools embarked for second term across the country. 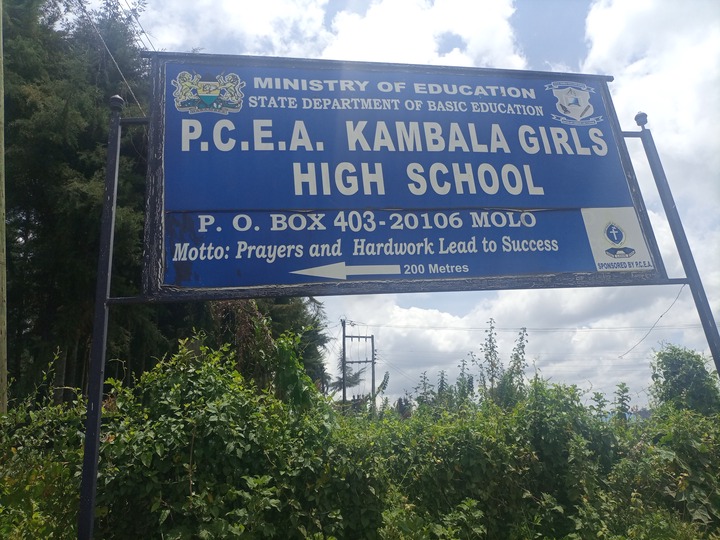 Reports indicate that the students staged the riot after the form fours were allegedly subjected to too much work by the school administration.

The commotion is believed to have started 11at night as it is alleged that some girls had smoked bhang.

The girls then started the riot but they were soon spotted by the school cook who tried to talk to the already intoxicated students but the cook pleas landed on deaf ears, as the students started to throw stones at him which left the cook with severe injuries. However several students in an attempt to escape the wrath of the strike demolished a part of the school fence.

There were also several broken windows in the dormitories and dining hall. The commotion led some students to be badly hurt as some were even limping.

Below shows part of the demolished school fence. Early in the morning the school sent all the students home without communicating with their parents.

Talking to one of the parent Naomi Wacuka, she says as parents they have not been told why the strike happened. She further says that this strike is a blow to the parents as they have already paid all the fees and now their children are going back home again. Efforts to reach the school principal were futile as she is reported to be involved in a series of meetings with officers investigating the incidence.

The incidence has forced the school to send the students home till the situation is safely handed.

Content created and supplied by: MumbiChege (via Opera News )