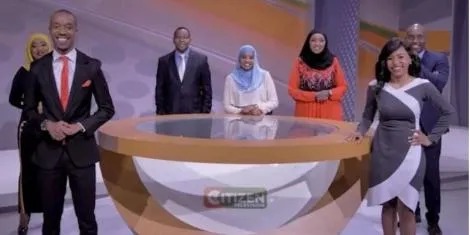 Kenyan journalists have always spoken highly of how their high school and subsequent education shaped their lives. Some discovered their talents at drama and journalism clubs while others learnt the trade from mentors they met during this phase of their lives.

Gracing the screens on Thursday nights, senior anchor Yvonne Okwara is an alumnus of Kianda School. Okwara joined the Jomo Kenyatta University of Agriculture and Technology (JKUAT), where she graduated with a degree in Microbiology.

"I got advice from top journalists to focus on journalism as a career, but it's also a craft. If you are passionate about something, then study, not necessarily in that field. Going to school is all about being educated," she explained why she did a different course.

Jamila Mohamed, the station's Managing Editor attended Ngara Girls' High School. She then joined the UoN where she studied Journalism and Media Studies before undertaking an executive masters study at the Aga Khan University.

News presenter and host Willis Raburu is an alumnus of Chemilil High School from which he joined Moi University for his undergraduate. Popularly known for his 'Wabebe' slogan, Raburu is currently doing a Masters Degree in Strategic Corporate Communications at the United States International University. 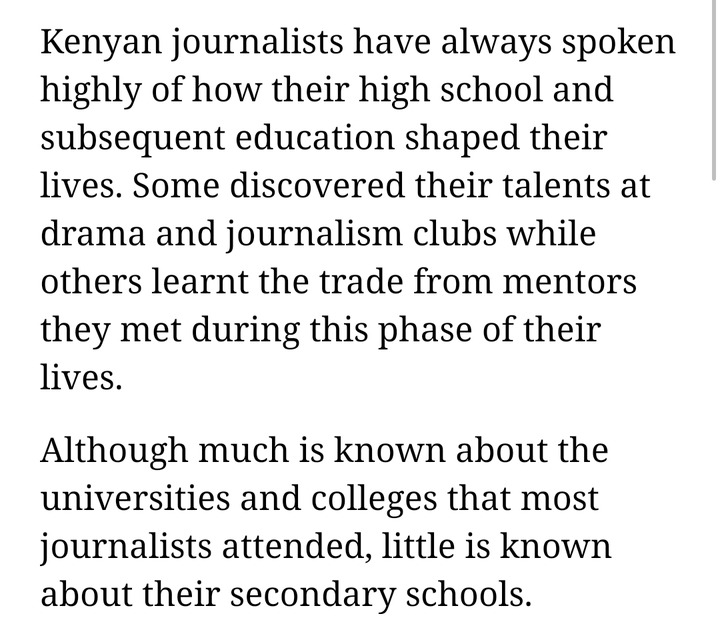