By LaikipiaNews (self media writer) | 22 days ago 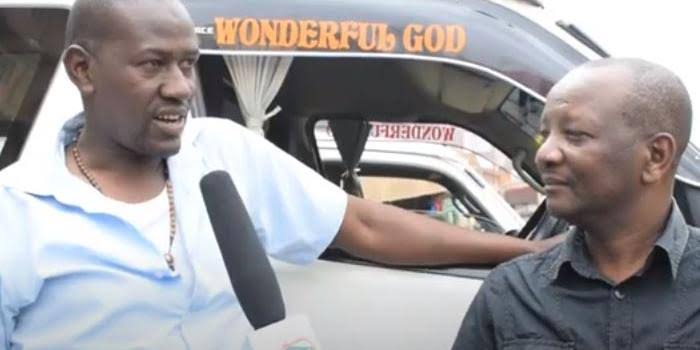 When one does a noble thing by denying himself or herself something that many could refer as luck, they never know what could follow their way afterwards.

A 40-Year-Old matatu driver, Basilio Kimani, received a lot of praise from Kenyans for his simple but noble deed that he did on his line of duty on September 5th.

Kenyans described him as a rare gem. Basilio, who has operated in the transport industry for the last 15 years surprised many after he returned a bag that had a laptop and an envelope that had Ksh 20,000.

This is after a passenger, a student at Mt.Kenya university, forgot his items after he alighted at Thika town.

After realizing the young man had forgotten his items, Basilio perused through them with the hope that he could find some contacts only to be graced with well arranged money in the bag. 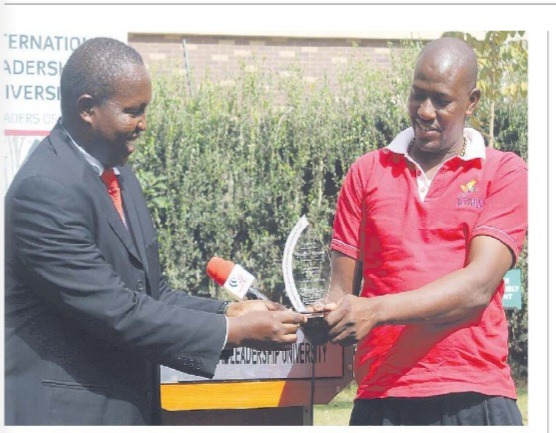 It is then that he took the money, and left the laptop at their Kandara Sacco Transporters office and requested to be called when the owner of the items turns-up.

In consultation with his wife, the two, who needed money considering he was earning Ksh, 400 per day and his matatu had some mechanical problems, he decided not to touch the money but return to the owner.

Basilio later received a call that a young man and a woman had visited the office claiming that he had forgotten his items at one of their sacco matatus.

Reaching at the office, he recognized the student and handed over the items, an action that moved the boys mother into tears.

According to the boys mother, the money was to settle the students fees. He requested to take a photo with Basilio and later posted it on social media thanking him.

The photo of Basilio circulated all over with Kenyans showering him with praises and asking other Matatu drivers and touts to emulate him. 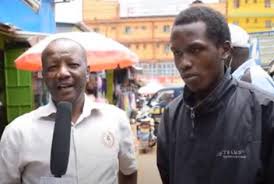 International Leadership University also came across the photo and were impressed by his integrity and decided to honor him.

Speaking on why they took the action, ILU Vice-Chancellor Tim Kiruhi said that they decided to celebrate him as that is what the University taught, Integrity.

The University awarded him with a plague of commendation and went ahead to launched a scholarship programme named after him, The Basilio Kimani Integrity Scholarship Empowerment.

The first beneficiary of the scholarship will be Kimani's child whom the university as promised to sponsor until he joins any local university of his choice.

The VC called upon Kenyans to emulate him and help them raise money to help needy students in the country. 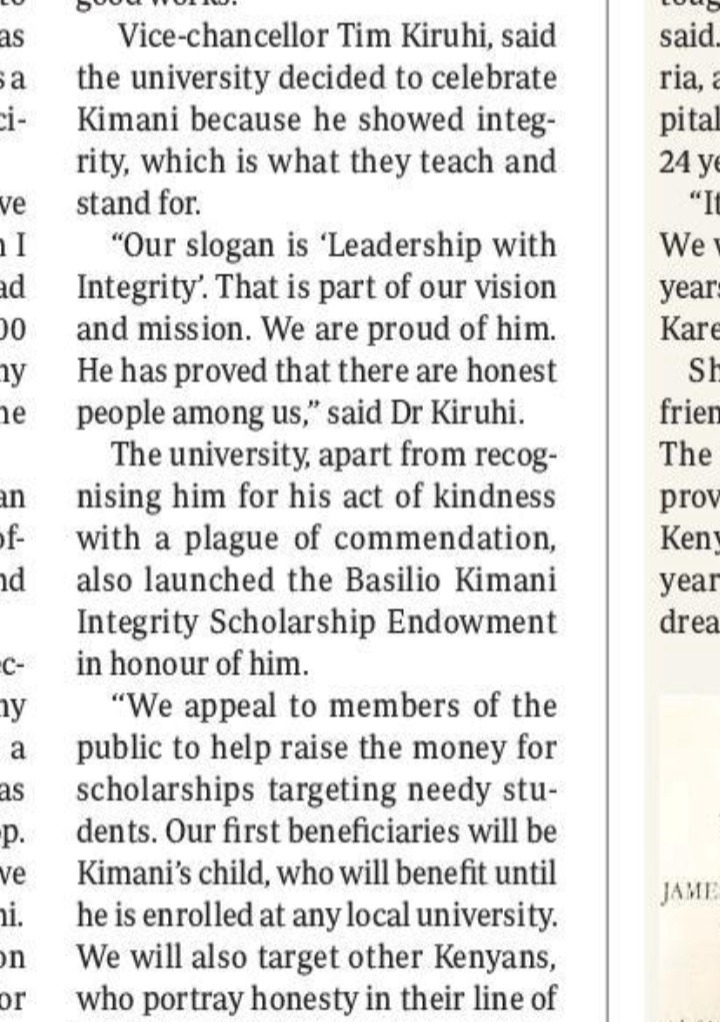 Uhuru Told What's Coming, Who Mudavadi, Kalonzo Will Support in 2022 as Revenge

Kakamega: Are Khalwale And Kutima Warming Up To Each Other Ahead Of 2022 Gubernatorial Race?

Updates: Former President Mwai Kibaki Blesses his Son to Run for President in 2022