Following increasing cases on the hike of university school fee in the country, a recent uproar by university students at Kisii University has led to the indefinite suspension of students.

The decision followed a senate deliberation about an event that occurred during a students'- registrar meeting to discuss the hike in school fee. 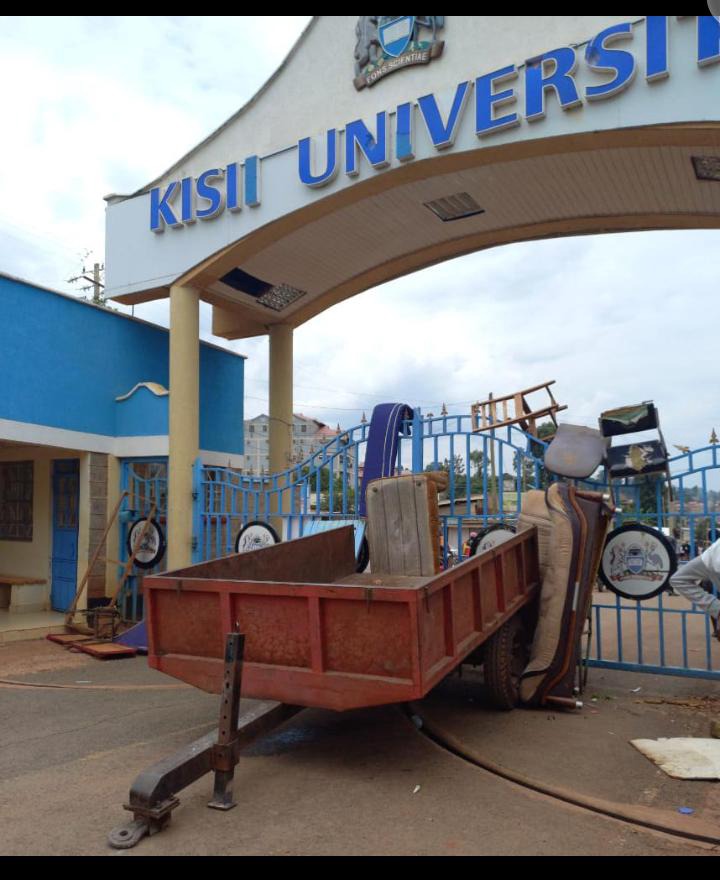 According to reports, students stormed out of the meeting purporting the registrars adamance and rude response to questions raised by the students.

The recent fee structure shows that fee at the university has been increased by over 12000 raising an alarm especially on the parents and the students who demanded explanation. True to their word, the institution has initiated plans to meet specific groups to discuss the changes.

The second year class was the first, that resulted to a premature ending.

A memo released by the Vice chancellor following the meeting announced the halting of the implementation of the new fee structures. 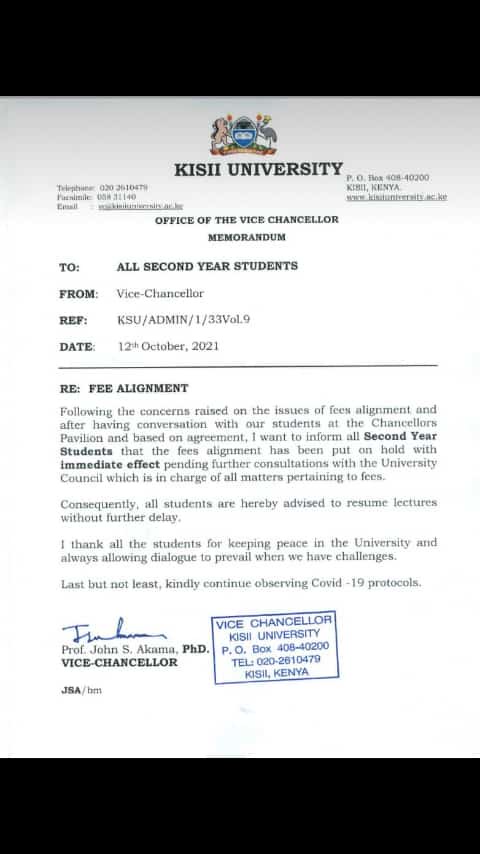 A registrars memo followed suspending the second year students indefinitely from the institution. 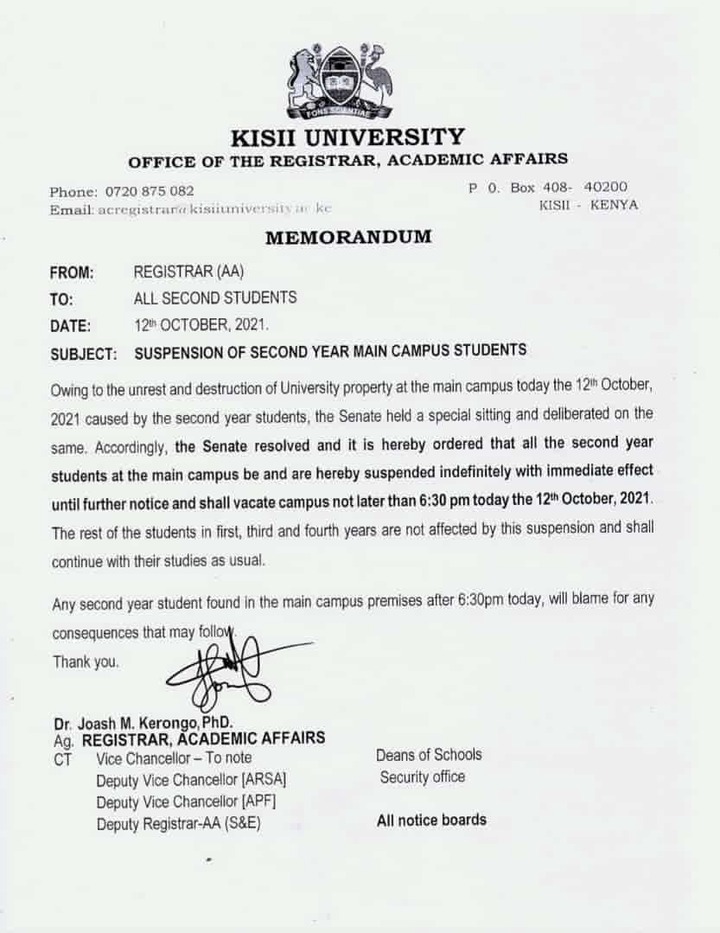 Content created and supplied by: TheSource254 (via Opera News )

What Raila Odinga Has Promised Students In Higher Institions of Learning