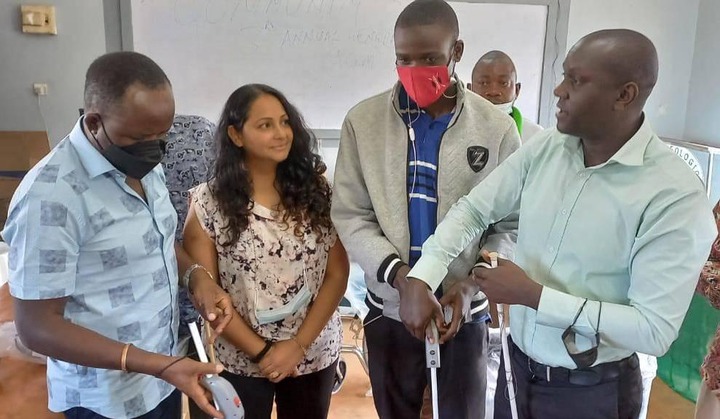 Rift Valley regional commissioner George Natembeya has directed chiefs in the region to flush out parents and guardians who lock up children that are living with disabilities saying they are denying them access to education and other basic rights.

Mr. Natembeya said every child has a right to access basic education regardless of their physical status warning those who perpetuate the vice saying they would be prosecuted for the conduct that is inhumane.

“This habit of some parents locking up their children who are living with disabilities must come to an end. The backward belief that such kids are cursed should be shunned,” said Mr. Natembeya when he held.

He also faulted rogue government officers who divert funds meant for people living with disabilities saying it is wrong for them to make it appear that they are doing them a favour yet they are entitled to the funds.

"It's regrettable that some government officials have reduced funds meant for people living with disabilities to tokenism by making it look like they are doing them a favour," said the Regional Commissioner.

The chairman of the Trans Nzoia Disabilities Group Opis Ojiambo decried the lack of special paths for them to access buildings within the region saying it denies their members access to essential services.

"We normally face it rough when trying to access both private and government buildings in town which don't have specials paths for us. It is our prayer that all buildings are made disability complaint," said Mr. Ojiambo.

The regional Commissioner who is an aspiring Governor in Trans Nzoia said he would develop a policy to ensure all buildings are disability compliant, if he is elected, to ensure there is no discrimination on anyone.

Content created and supplied by: Scribbler254 (via Opera News )

Things Guys Want in A Relationship You Need To Know

Reasons Why Men Leave After Sleeping With A Lady

9 Signs That She's The One You Should Marry