There was tension at Igikiro Boys Secondary, Murang'a County, after two armed assailants stormed the school, terrorised the principal while demanding money. 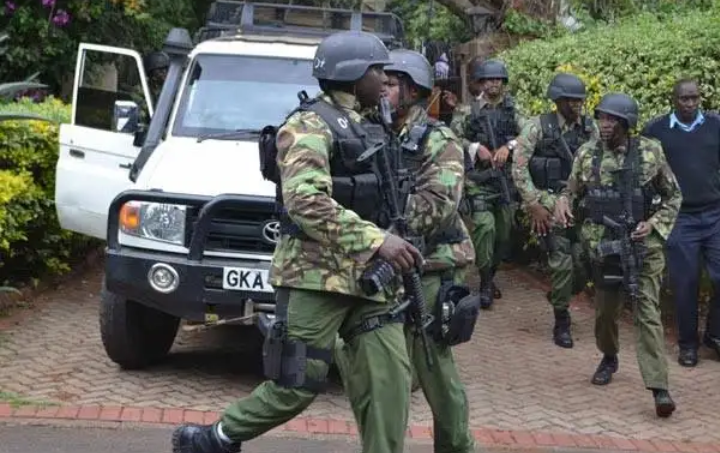 The Two gunmen raided the school on Tuesday afternoon after trailing the principal and his bursar who had withdrawn Sh250,000 from a bank in Kenol town.

The money which was withdrawn from the school's account was meant to pay casual workers.

Few minutes after principal and his bursar arrived at school, the two gunmen entered into the school compound and one entered the principal's office flaunting two guns.

The gunman raided the principal's office and demanded to be shown the money that had been withdrawn.

On the other hand, the other assailant smashed the principal's car and stole a laptop and a tablet. The incident attracted the attention of other members of staff and students.

After sensing danger, the gunman raised alarm and alerted his colleague in the offices to halt the mission.

The gangster who hadn't been able to access the cash, came out in a hurry and boarded the vehicle and they both scampered.

Police who visited the scene disclosed that investigations have been launched to make sure the assailants are arrested.

RIP: Deputy Principal Dies In a Grisly Road Accident After Colliding With a Cyclist