Meet The Father Of Teachers 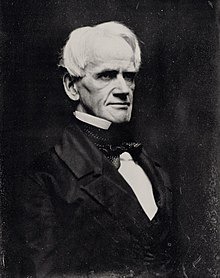 Horace Mann was an American educational reformer and Whig politician known for his commitment to promoting public education.

In 1848, after public service as Secretary of the Massachusetts State Board of Education, Mann was elected to the United States House of Representatives (1848–1853). From September 1852 to his death, he served as President of Antioch College.

Horace Mann was born on May 4, 1796 in Franklin, Massachusetts.His father was a farmer without much money. From ten years of age to twenty, he had no more than six weeks' schooling during any year, but he made use of the Franklin Public Library, the first public library in America.

At the age of twenty, he enrolled at Brown University and graduated in three years[6] as valedictorian (1819). The theme of his oration was "The Progressive Character of the Human Race."[5] He learned Greek and Latin from Samuel Barrett,who later became a famous Unitarian minister.

Do You Still Remember Pastor Pius Mwiru? This is What He Is Currently Doing

Another African President is Dead

Eldoret Locals: Mandago We Want a Constituency, Why Are You Denying Us One And playing Politics

Curfew Hours Seems to be Having More Negative Impacts Than Positivity. Just Open The Country