By EnockSitati (self media writer) | 10 months ago 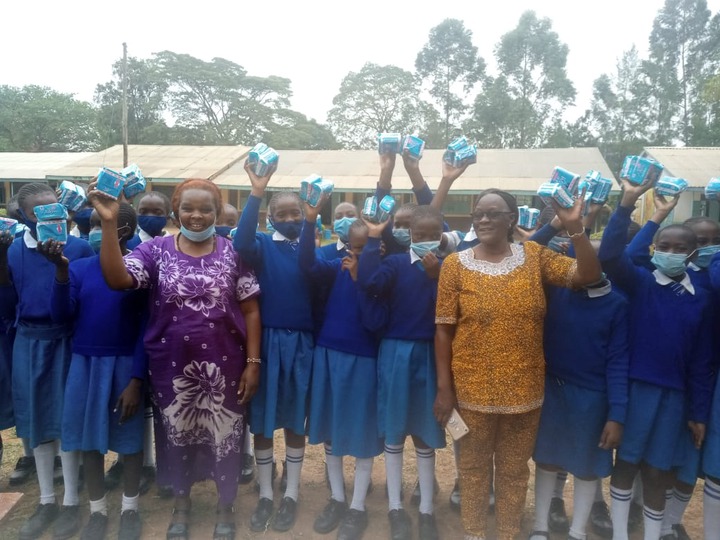 The national government through the ministry of education has started the year 2021sanitary towel distribution program for public primary school pupils across the country.

School have of late recorded a lapse in absentism of primary school pupils especially girls relating to lack of sanitary towels.

Speaking to KNA at Bungoma County Commissioner's premises, the sub county Director of Education Bungoma South Mr. Harguey Sedion Ongijo outlined that Bungoma county education office had received sanitary towels for primary school pupils from the national government which they have started distributing to schools across the county.

"We have received sanitary towels for public primary school children. The pads are being distributed now and this distribution is not only here but the whole country. So that is basically what is going on now and we will make sure we distribute all of them." He said.

Ongijo revealed that the pads are being distributed in all sub counties in different quantities depending on the population of the pupils.

For instance, his Bungoma South Sub County had received about 100,000 packets of pads which will be distributed to all the 91 public primary schools in the sub county.

In addition to that, Ongijo said after distributing the pads to the respective schools, they usually make a follow up by going round to confirm that they have given them out to the girls.

However, he unveiled that the main challenge they face as an office is the advanced nature of poverty in the society whereby the pupils are forced to share out their pads with their family and friends who are not in school.

Nevertheless, he thanked the national government for being consistent in giving out the sanitary towels.

"There are challenges but one thing I want to thank the government for is that they are consistent in distributing the pads and even during the covid 19 break they gave them out and we called the pupils to come and pick them.

He also called upon teachers to identify the pupils who have a problem with keeping the pads so that they keep for them in school.

Content created and supplied by: EnockSitati (via Opera News )

Fruits You Can Eat Often To Relief Back Pain