How I Was Rejected by Alliance But Became Kibaki's Doctor 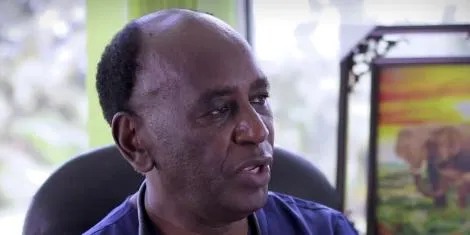 Dr. Dan Gikonyo is a name synonymous with many Kenyans as the founder of Karen hospital more than a 15 years ago.

Moreover, the doctor is an author and one of the best and sort-after cardiologists in the country with multiple successful surgeries under his belt.

However, a little-known detail about the acclaimed doctor is the fact that he was rejected at his dream school, Alliance High School.

In an interview with a local media house, Gikonyo narrated that at the time, the school's headmaster personally interviewed all suitable students who sought a chance to join the prestigious institution.

However, his mother tongue could not allow him to join Alliance, having been brought up in a small village in Igithe, Central Kenya.

"I always wanted to go to Alliance and the principal used to interview those seeking to join the school. I remember the interview I went. This was the first time I made contact with at the time. I had been taught English by my teachers in primary school which was full of local dialect and here is a white man speaking fluent English."

"What I remember saying most of the time saying Sir, I beg your pardon. So, I failed the interview and ended up in Kagumo high school," he stated.

This did not however deter Gikonyo from pursuing his dream, as he endeavored to perform better than most of his peers who had joined the elite schools.

"I made a vow to do better than most of my peers in the prestigious school. As I finished my O levels, I was among the highest students who performed as I scored six points ( maximum grade at O-levels)," he stated.

"I was a physician at Kenyatta National Hospital. One day, I was running a heart clinic at KNH when a Lutheran minister came to the clinic looking for the Professor because he had a child he wanted helped. I was around so I helped the child."

"He came back after a few weeks and told me that there was an opportunity to train heart surgeons in the US," he stated.

When he flew back to Kenya, he decided to open up his own hospital in order to provide specialized treatment.

"When I came back from the US, I went to a local hospital but I felt that my demands were not being met. I could not do charity the way I would want to. In 2005, we said that it would be better to start a hospital and run the way we see fit. We could run the heart-to-heart foundation and help children who needed the services," he stated.