Deputy President William Ruto has brought businesses to an abrupt standstill in Kisumu after thousands of Kisumu students barricaded the roads forcing the forays of security team to jointly move into action and cleared the way. 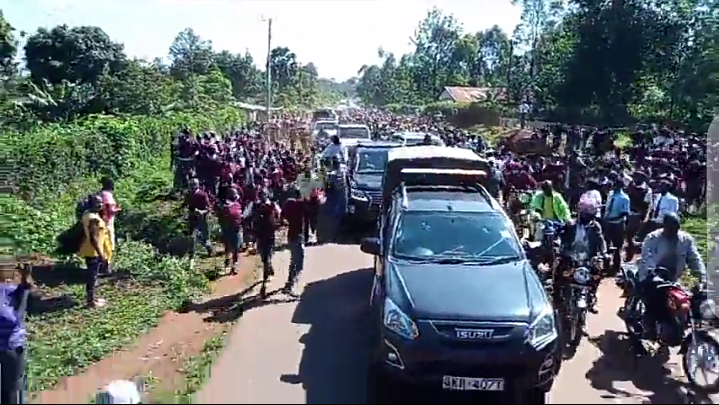 The hustler nation head today Wednesday, 10th November led a fundraising ceremony at Bar Union Secondary School for the construction of classrooms that will cater for a conducive learning environment in response to the increasing number of students in the school. 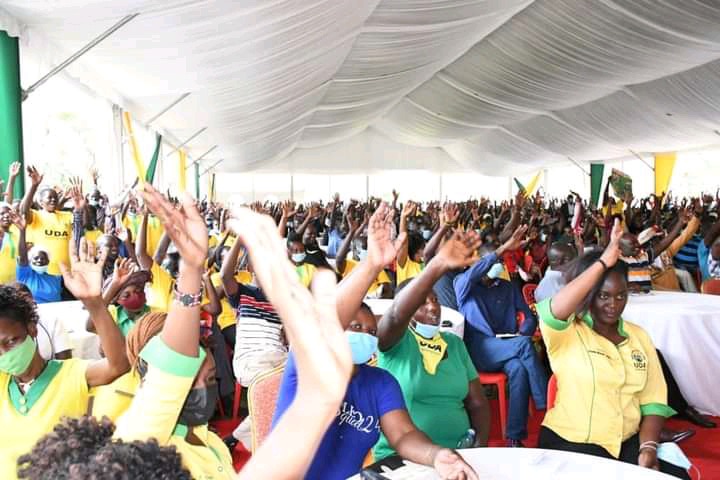 While making endless inroads with Kisumu county, the second in command DP Ruto's mortocade encountered rough times with thousands of students blocking the roads in demand to be addressed by the hustler chief. This led to instant intervention of the security team on the entourage to clear the way by lining the students by the roadsides. 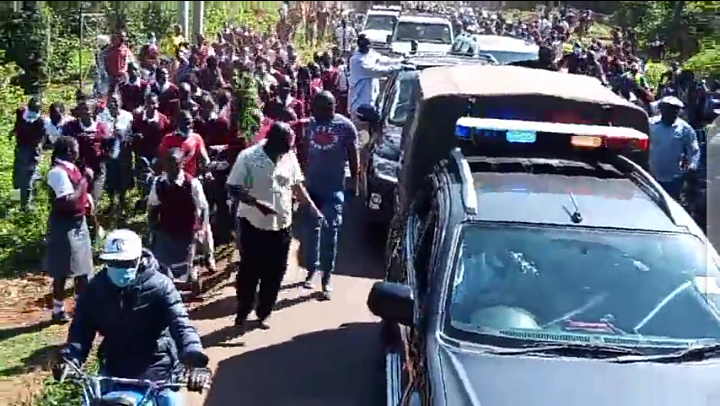 Ruto kicked off his three-days tour in Nyanza region yesterday, Tuesday at Susan Owiyo Arts Center in Kisumu where he addressed more than 1000 youths drawn from Kisumu Central, Kisumu East, Kisumu West, Muhoroni, Nyakach, Nyando and Seme constituencies as he pitted a scale of bottom-up economy that intends to create more than 4 million jobs to unemployed youths across the country. 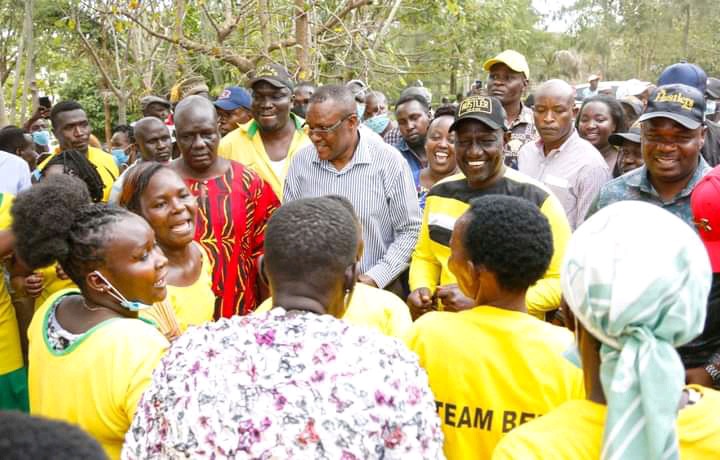 Ruto served a greenlight promise to the ailing rice, fish and sugar companies in the region where he pledged to pump more the ksh100M into the agricultural sectors with the region in his attempt to resuscitate the country's economy and bridge the gap between the poor and the rich. 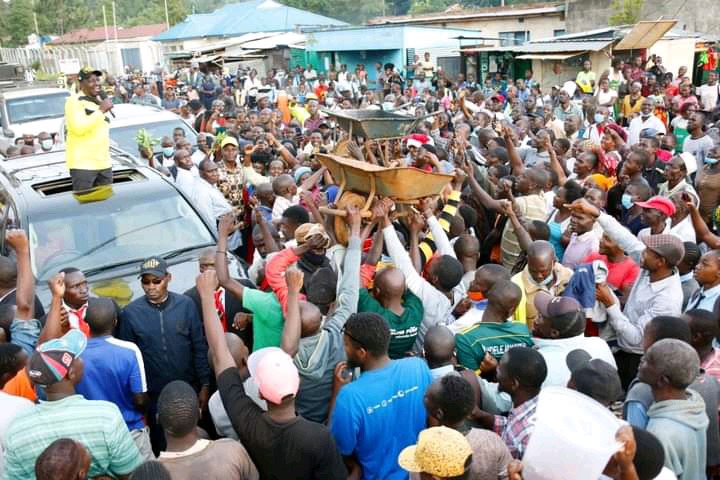 Ruto is expected to tour Ukambani region (Kitui) on Friday as Raila will be drumming support for his presidential bid in Makueni where he is expected to be hosted by county Governor Hon Kivutha Kibwana. 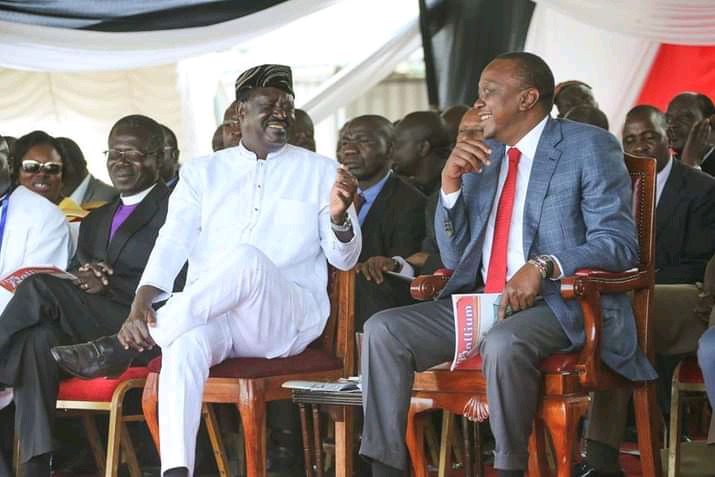