By THEEBLAMELESSONE (self media writer) | 2 months ago

According to news reports that have been shared by a trusted and credible source, it has been revealed that the suspect whose name is yet to be disclosed was taken to police custody in Juja for more investigation.

According to Moses Ngige who is a well-known report based in Thika, they took to his Various social media platforms to express his opinion had it that the deceased might have been Murdered on Sunday.

Kenyan Netizens who took to their different social media accounts, to react to this incident to show their opinions on this matter, have pleaded with the government to take action about the surging number of university students who are being killed daydayandd day out in different regions of the country. 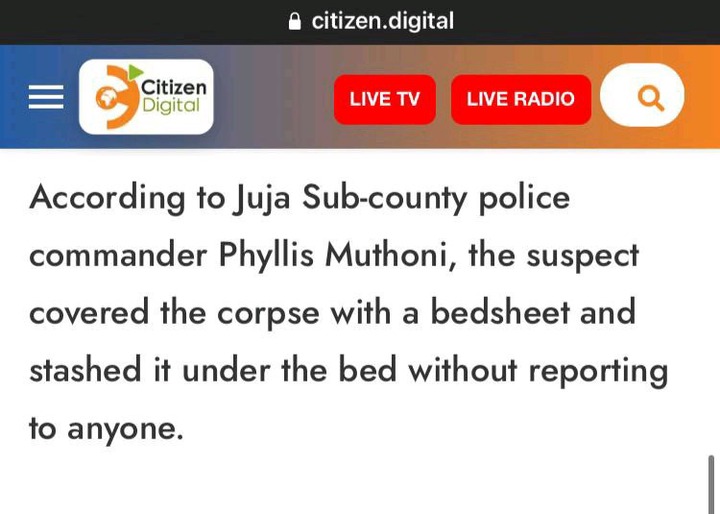 With regards to the reports expressed by most Kenyans, they argued that it is so unlucky that the government has not done anything about the rising number of students who are currently being Murdered and their bodies discovered in hostels of the institutions.

Bilha - The government must do something. People are being Murdered like a business to nobody in this country. 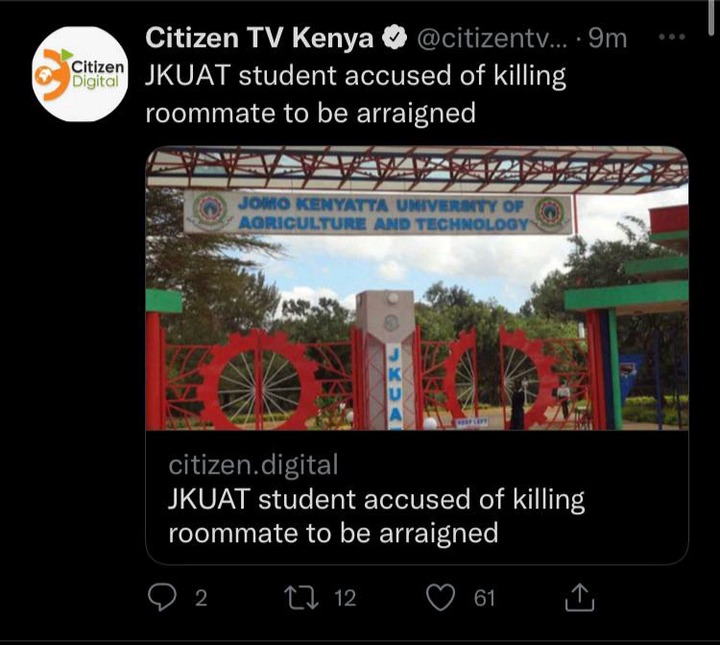