By Headlines (self media writer) | 4 months ago

A High School teacher from Yala Sub-county has committed suicide when caught red-handed in bed with a Form Two student.

According to media report, seen Calvin Kisianga Okello who was the girl’s class teacher, said to have hanged himself using a rope after reportedly defiling her the previous day. 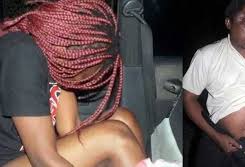 Without hesitating, the victim went to see her as earlier agreed, and the teacher told her that she wanted to talk to her privately.

Since she had no time because of busy schedule, she proposed to meet her outside schools' dormitory near the main entrance to dinning Hall.

The alleged teacher found the girl already standing beside the main entrance to the Hall, where she pulled, and force her to have an act repeatedly in school's dormitory bed.

The girl's parents also said their daughter told them that the suspect has been persuading her to have a sexual relationship with him for months, but she has been declining his advances.

She, however, decided to reveal the matter after the teacher beat her to unconsciousness before being rushed to a hospital.

“He wanted to touch my breasts and I defended myself with the hand, and he hit me,” she said. 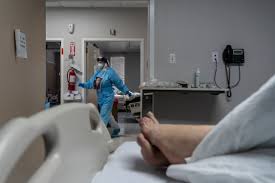 Following the incident, the teacher asked her not to report the issue to her parents. She, however, opened up about her troubles after her mother noticed she was in pain and had sustained injuries in her arms from the teacher’s beatings.

“The teacher had threatened to kill her and this instilled fear in her, hence forcing her to keep quiet with her pain,” one of the family members told the media. 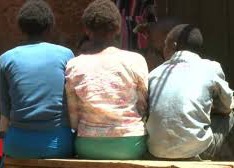 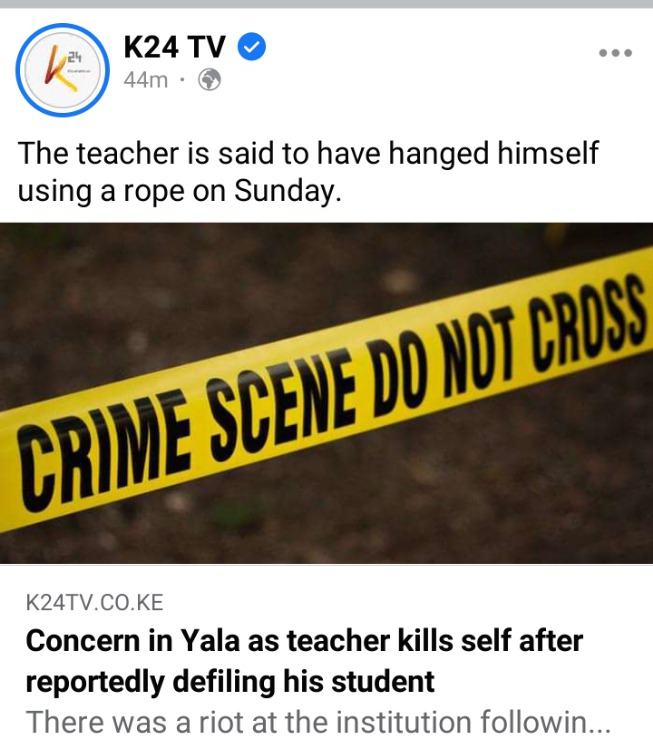 Content created and supplied by: Headlines (via Opera News )