Meet First Woman To Teach In The World 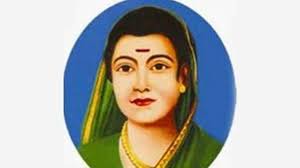 Savitribai Phule was an Indian social reformer, educationalist, and poet from Maharashtra. She was regarded as the first female teacher of India.

Along with her husband, Jyotirao Phule, she played an important and vital role in improving women's rights in India. She was regarded as the mother of Indian feminism.

Phule and her husband founded one of the first Indian girls' school in Pune, at Bhide wada in 1848.

She worked to abolish the discrimination and unfair treatment of people based on caste and gender. She was regarded as an important figure of the social reform movement in Maharashtra.

Savitribai Phule was born on 3 January 1831 in the village of Naigaon in Satara District, Maharashtra. Her birthplace was about five km (3.1 mi) from Shirval and about 50 km (31 mi) from Pune.

Savitribai Phule was the eldest daughter of Lakshmi and Khandoji Nevase Patil, both of whom belonged to the Mali Community.Savitribai and Jotirao had no children of their own.

It is said that they adopted Yashawantrao, a son born to a Brahmin widow. However, there is no original evidence available yet to support this.

At the time of her marriage Savitribai was an illiterate. Jyotirao educated Savitribai at their home. After completing her primary education with Jyotirao, her further education was the responsibility of his friends, Sakharam Yeshwant Paranjpe and Keshav Shivram Bhavalkar.

She also enrolled herself in two teacher's training programs. The first was at institution run by an American missionary, Cynthia Farrar, in Ahmednagar. The second course was at a Normal School in Pune.

Given her training, Savitribai may have been the first Indian woman teacher and headmistress. Savitribai's birthdate, i.e. 3 January, is celebrated as Balika Din in the whole of Maharashtra, especially in Girl's Schools.