Gang Breaks into Makongeni Primary in Homa-Bay, Steals all KCPE Certificates and other Valuables 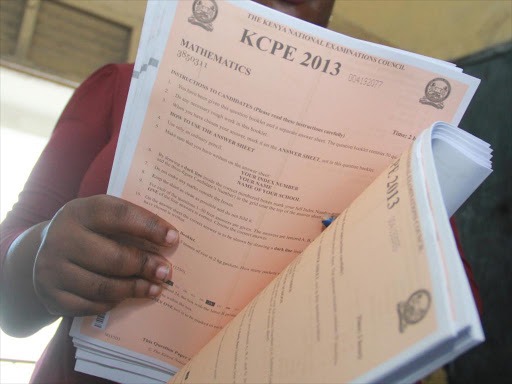 Management of Makongeni Primary School in Homa-Bay County woke up to a disturbing news after thieves broke into their school stealing properties of unknown value on June 28, 2021.

It is has been determined that the heinous act may have taken place in the dead of night only to be realized on Monday morning. Some of the items which were stolen during the break-in include things like a laptop, four tablets, gas cylinder (6kgs) and plastic chairs.

“I received the news at around six in the morning that our school had been broken into. When I reached school I found out that the Head teacher’s cabinet and that of the deputy Head teacher had been broken and things like laptop and tablets taken. We are still checking around to determine what else is missing,” said Mr. Maroa.

The area Assistant Chief Mr. Duncan Odhiambo Okech who reached the scene and spoke to Ramogi FM revealed rather disturbing news. While confirming the incident he stated that apart from the other properties lost during the ordeal, KCPE certificates from previous years were also stolen. Just what on earth are thieves going to do with certificates?

“Thieves broke into Makongeni Primary School and stole several items including even KCPE certificates from previous years. This is a very bad thing. Nobody should destroy the school in this manner because you never know whether your child will be the one learning in this same school in future,” said Chief Okech with a lot of fury.

He further revealed that such kind of crimes against schools have been rampant in the area in the recent times citing institutions like Homa-Bay Youth Polytechnic, Magare Primary and Nyagidha primary which have also been broken into in the same fashion.

According to the Assistant Chief, the security guard who was manning the school on that fateful day has now been arrested to help the security agencies in the investigation.