The Wife, Mother Who Went Against All The Odds And Topped Her Class In KCSE

By Awuol (self media writer) | 8 months ago 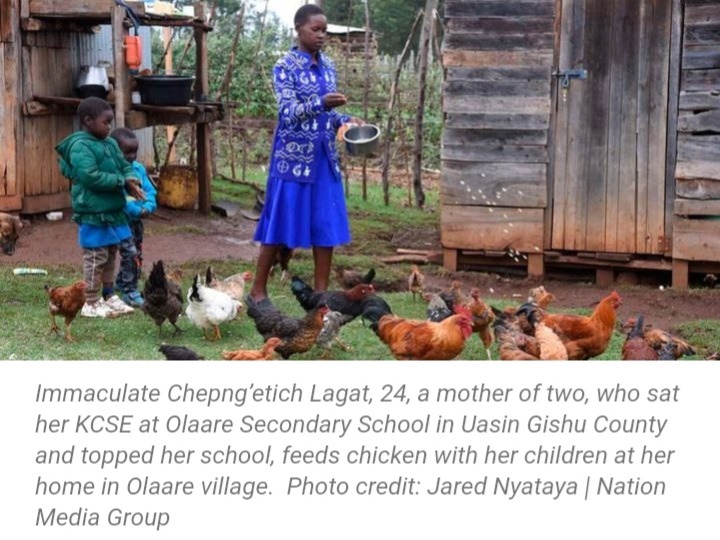 When she moved out of school for giving birth for the second time, Immaculate Chemwetich Lagat, 24, almost surrendered in achieving her academic goals.

She thought she had wasted a good opportunity to become who she intended to be in life. Her family and relatives, however, urged her to carry on.

She garnered B minus of 56 points in the recently released 2020 Kenya Certificate of Secondary Education (KCSE).

Even though she was a wife and mother of two, Immaculate was the best candidate in her school, Olaare Secondary School in Ainabkoi Constituency, Uasin Gishu County. 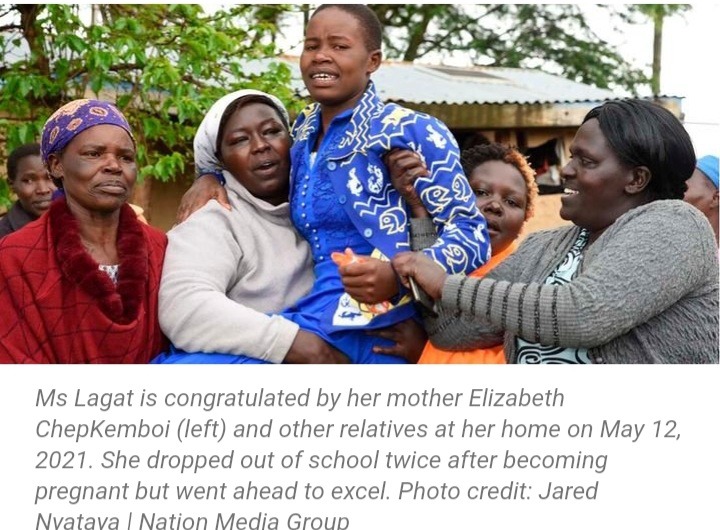 Florah Rono, the deputy principal at the school said Ms Lagat’s success was because of hard work and discipline.

Ms Rono notted that they did not prevent her from the school even though she was a student mother, adding they are encouraging girl child education.

“Immaculate was our best candidate in the 2020 KCSE and because she was a student mother, she was always determined, focused and disciplined and now we have seen the fruits of that,” she says.

Ms Lagat returned back to school in the year 2019 starting from Form Three after being kicked out two times because of pregnancy. She then resort to get married to the father of her two children. Her husband completed Form Four in 2014.

This time round, she resumed her studies while married to Peter Kiprop Rotich, a man she fell in love with in 2015. 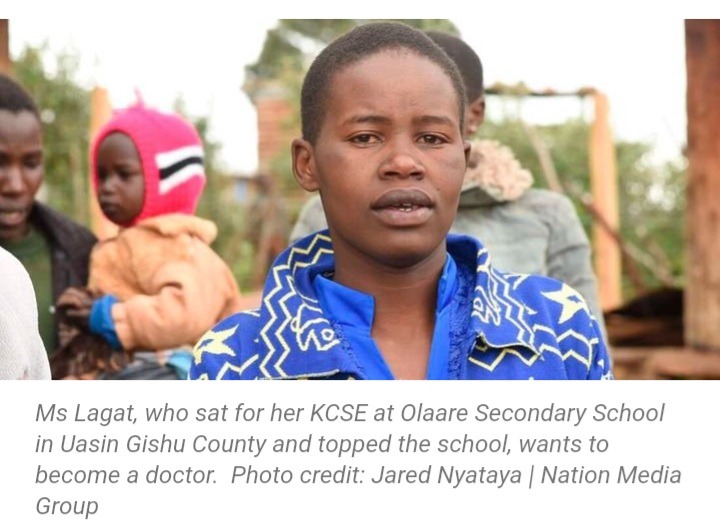 “In 2019, we realised we could not be content with the way we were living doing nothing with my love who, after Form Four never went to college because of our humble background,” she says with joy.

Ms Lagat lamments that when poverty wrecked havoc, her husband agreed that she carry on with studies hoping that some day, she will gain her education dream of pursuing health-related courses.

“My husband decided i go back to school as he take care of the kids at home. He has always been a very supportive man, even though fees was a challenge at times. He always sell our maize produces even if we remain with nothing so that i continue with my education’,” she discloses.

Ms Lagat decided to join a nearby day school so that her husband could pay fees at ease and for the sake of her children.

Ms Lagat sat her Kenya Certificate of Primary Education (KCPE) and managed 287 marks before joining Form One in 2014.

Immaculate resume back to school in 2016, but studied for one year before dropping out again because she got pregnant again.

Ms Lagat recalls she was gotten by many stumbling blocks more so during the Covid-19 pandemic as she could not study as she had to provide for the children.

“When Covid-19 hit on March 2020 and physical learning were halted, I was faced by myriad of challenges. Housewife chores befell me and there was no effort in my studies. I could not open my notes since I had to go out and look after my family,” she recounts.

George Wajackoya: The Man Who Has 'Eaten' The Book More Than Any Other Kenyan, Roots Party Leader