Most Bizarre School Rules Around the World

By ArntoTu (self meida writer) | 17 days

School rules are necessary to establish a safe and positive learning environment. However, it doesn't matter what school you were, there were always some rules that made zero sense. Maybe you even became a victim of the clandestine rules and got punished or suspended. 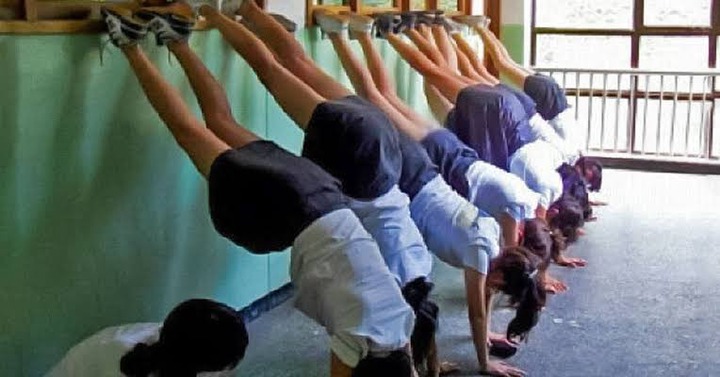 Here are some of the most unusual and controversial school rules in schools around the world.

Schools in the UK have banned the use of red ink in marking and correcting students' assignment. Psychologists say that it is too negative and demotives students. They also said it creates fear and pressure among students.

A student recently posted on social media that their headteacher banned clapping in their school. This because someone would always clap out of the blue and the school would erupt into an applause. This phenomenon angered the headteacher who consequentially imposed the ban.

3. No hugging and high fives

Many highschools have banned hugging and high fives citing that it wastes time in between changeovers of classes.

Uk school have banned best friend relationships arguing that students grow up well mentally in larger groups of friends and that they don't feel left out.

Nottinghamshire High School banned the raising of hands when answering questions in class. The headteacher said the same hands would always be up and this does not encourage or support the morale of those who don't know the answer.

School in China have scheduled a 30 minutes nap time in the middle of the day for students. They are allowed to bring blankets and pillows to school for the nap time. They have argued that the nap time improves the memory and provides energy to students.

Some girl schools in the world have banned wearing of shiny shoes so that girls don't have to look up their skirts.

A certain school in UK, seeking anonymity, compels students to pledge chastity until marriage. It has to be done in writing and signed by two teachers.

A few schools in the world have banned the carrying of bag packs in school compounds and all students are to carry everything by hand. They cited security measures as the main reason.

Most girl schools in the world force girls to kneel in the hallway to measure the length of their skirt. And woe into you if your skirt length is below the recommended one.

Kindly share some of the bizarre rules that made no sense to you while you were in high school in the comment section below.

Psychologist Tries To Explain, Why More Than 6 Women Have Lost Their Lives To Gender Violence

Don't Ask A Lady Such Questions. You May Lose Everything

Tips On How To Maintain A healthy Hair Growth