By Ababi (self meida writer) | 1 months 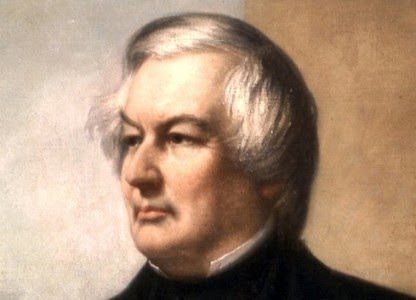 John Adams taught for a brief period after graduating from Harvard. Adams taught in at a Latin school in Worcester, to earn money to pay for his legal education.

John Quincy Adams was as a professor at Harvard University from 1806 to 1809, and he also lectured at Brown University. Adams taught oratory and logic classes.

Not only was Fillmore a teacher at one point, he married his own teacher! In 1819 the 19-year-old Fillmore attended a school for several months, and he eventually married his teacher, who was two years older than Fillmore. Fillmore then taught elementary school to help pay for his law school tuition.

His first occupation was as a part-time teacher in rural schools in Ohio. Garfield later taught penmanship at the same Vermont academy, the North Pownal Academy, that also employed Chester Alan Arthur as an instructor, and he taught at the Western Reserve Eclectic Institute in Ohio.

After graduating from Union College, Arthur spent several years teaching school and studying the law until he passed his bar exam.

He was a teacher at the New York Institute for the Blind in Manhattan before deciding to pursue a law career.

Between 1896 and 1900 Taft was the first dean and a professor of constitutional law at the University of Cincinnati. After failing in his 1912 re-election bid, Taft became the Chancellor Kent Professor of Law and Legal History at Yale Law School, before returning to public service as a Supreme Court justice.

After graduating from Princeton University, the University of Virginia Law School, and Johns Hopkins University, Wilson entered into a prestigious academic career. He was named president of Princeton in 1902 before he went into politics.

As a student at Southwest Texas State Teachers College, Johnson was assigned to a tiny Hispanic school in a deeply impoverished area, where he thrived. Johnson left his brief career as a teacher to pursue politics during the Great Depression.