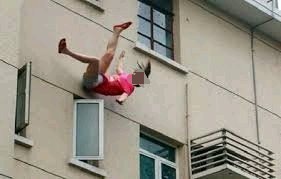 A 20-year-old student at Kirinyaga University lost his life yesterday morning, after falling from the third floor of an apartment in Juja, Kiambu county.

In a shocking incident that occurred at Lantana Apartments in Juja, Taylon Mbuthia a second year student at the Kirinyaga based university tumbled on the ground floor and died on the spot, after binge drinking with his girlfriend and her other boyfriend.

Before meeting his death, Mbuthia had on Sunday visited his girlfriend Margaret Nyambura, a first year student at the Jomo Kenyatta University of Agriculture and Technology (JKUAT).

They partied and had a good time in the house on Sunday through Monday, together with Margaret’s roommate only identified as Shantel and another man identified as Joe Momanyi.

However on Monday during the day, they were joined by one Brian Andaki, a fourth year student at JKUAT, who had come to pick the same girl whom the deceased had gone to see. When Andaki inquired who the deceased was, Margaret introduced him as her cousin, who had brought greetings from home.

The now five young adults continued partying until late Monday night, when hunger pangs hit them and they decided to go look for food outside. Shantel who was already intoxicated and could barely move, was left sleeping.

Once outside, they found the nearby eatery already closed and decided to continue partying at a nearby joint. At around 1am, the four staggered back to Margaret’s bedsitter. 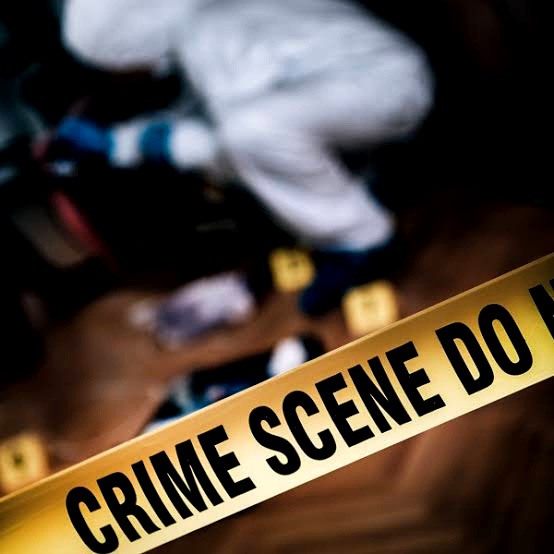 However, as they scaled the flight of stairs, an argument ensued between Andaki and the deceased, after the former realized that the latter wasn’t Margaret’s cousin after all.

The two are believed to have fought at Margaret’s door, before the deceased landed on the ground floor under mysterious circumstances.

The apartment’s caretaker Dan Guchu, told detectives that he was woken up by a loud thud, before he rushed outside only to find the deceased’s body sprawled on the ground floor.

He immediately alerted detectives based at DCI Juja, who rushed to the scene and found the deceased’s body bearing multiple fractures, with blood oozing from his mouth and nose.

Investigations into the death of the 2nd year Kirinyaga University student have since been launched.

Meanwhile, Margaret Nyambura, Brian Andaki and Joe Momanyi remain in custody as the main suspects, as experts from the Homicide branch join their Juja-based counterparts, to unravel the mystery. 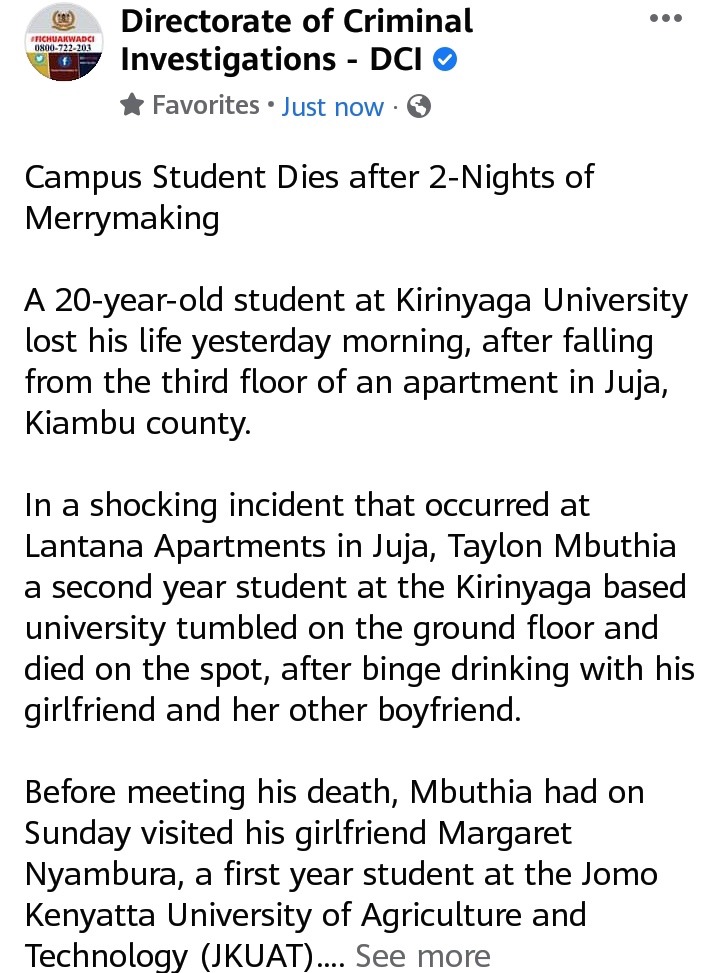