RIP: Student Who Emerged top In her district In The Just Released Final Primary Examination Finally Laid To Rest

By NicholusKitonyi (self media writer) | 4 months ago 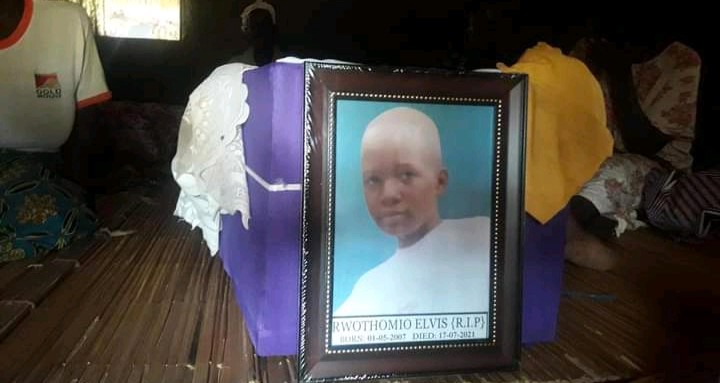 Celebrations were cut shot in Pakwach District after Rwothomio Elvis, a student who emerged best in the just released Primary Level Examinations (PLE) was announced dead. Elvis, a 13 years old boy was joined by teachers and his parents to celebrate his outstanding results that make him the best student in Kakawoi village, Pakwach District, Uganda. Despite Uganda being hardly hit by covid-19 disease, Elvis managed to give the best out of his efforts that no one could believe. He was also the best student at her school Pajobi Primary School where he scored 6 aggregates after the results were announced on Friday last week. 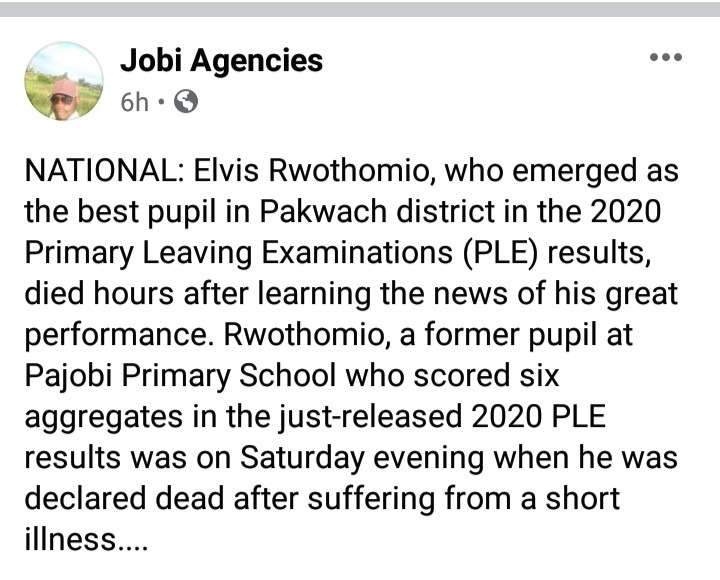 Unexpectedly, Elvis was declared dead the following day sending many under huge grief and shock. It is said that Elvis died after ailing for a short period of time. According to his mother, Elvis was bed ridden for a week at the time when the results were announced. His death followed after complaining of head and stomach pain. He was being raised by a single mother after his father passed away when he was still at younger age.