On May 18th,10 year old Michelle was found in a thicket after her teachers raised suspicions on why she never went to school despite the fact that most of her classmates had reported back.

Michelle would later tell her her teachers that she was hiding due to the fact that her uncle who she was staying with after the death of her parents was allegedly taking advantage of her adding that he had done so for the past two years.

Her remarks would force her teachers to call police officers who responded to the incident after which they immediately tracked down the suspect who was arrested and taken to the police station for more investigation and questioning.

Sadly, Michele who has since been buried would later succumb to the injuries which she allegedly sustained from the 3 year assault that she had been getting from her uncle who at the time had been arrested.

However, in an incident that happened today, a number of witnesses have opened up about the incident. Giving her side of the story, Michelle's teacher said that the deceased who couldn't even sit in class told her everything adding that she was afraid of going back home.

In her own words, the teary teacher said that the deceased would at times break down in the presence of her classmates due to the pain that she was feeling in her Privates adding that it's something which she couldn't handle.

Giving his judgement, the judge who was presiding over this case charged the suspect with manslaughter ordering the police to take him back to the police station as his final sentencing will be made in the next few months. 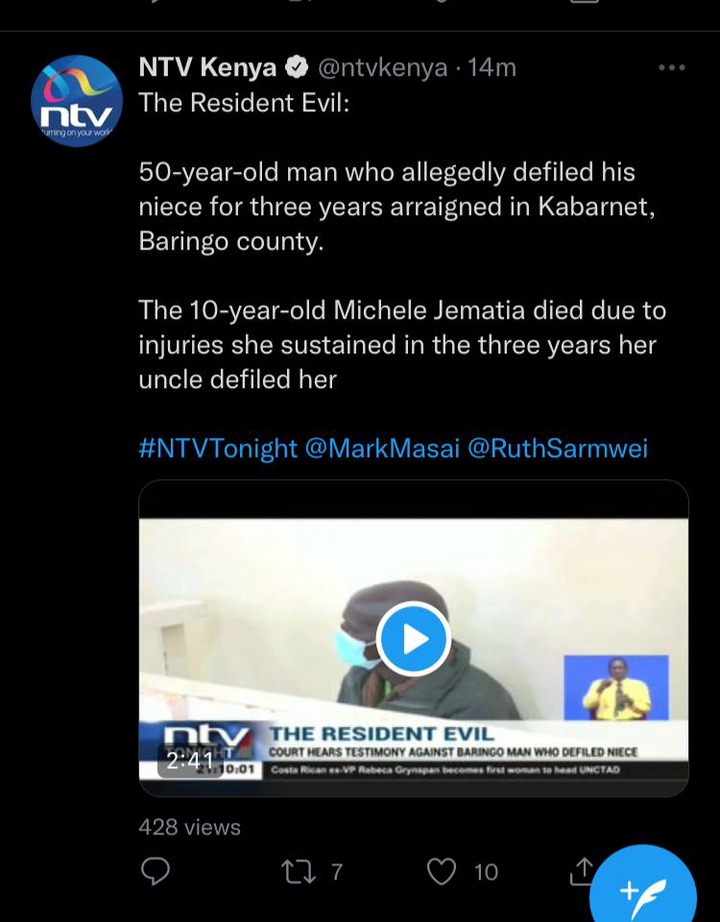 “Wamebakisha Deficit ya Sh500,000” What DP Ruto Was Told During a Church Service in Kajiado