KNUT Problems Deepen As Some Vocal Members Turn Against Sossion 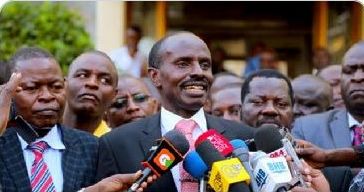 The Kenya National Union of Teachers(KNUT) problems have continued to deepen after a section of the branch turned against the Secretary General, Wilson Sossion. The members who were led by Stanley Mutai who has now become the Kericho's branch executive leader claimed and criticised the conduct of Sossion in the union. Stanley said that Sossion has failed in his leadership and has really brought the union down. Mutai said that he will now restore the lost glory of the union for it to retain its members and have better changes.

Mutai also claimed that the recent battles between KNUT and the teachers employer the Teachers Service Commission was due to Sossion's failed leadership. He said that Sossion has been accusing TSC of making the union weak by using tactics that forced many members to leave the union. TSC has been recognizing other unions like the KUPPET and this has also build rivalry between the two unions. TSC has also launched the Kenya Union of Special Needs Education Teachers (KUSNET) to make the membership of KNUT drop significantly.

Sossion has on many occasions said that the KNUT membership dropped from 187,000 membership to just a handful membership of 30,000. The income that KNUT also used to get dropped from 144 million to just 15 million. KNUT has also warned the teachers employer for delaying the salaries of teachers saying that it has also failed to have healthy negotiations especial on the 2021 to 2025 CBA.

This made Sossion to organize for teachers strike and sabotage the KCPE and KCSE exams. However, his plans to have the strike did not work to his expectations. The strike notices were called off and teachers were threatened of being sacked if they were to go on strike. A new pay deal had to be made by the Salaries and Remuneration Commission who had also promised to have clear timelines on the salary negotiations. What is going to be the fate of the KNUT union? Should Sossion abandon it and join politics? 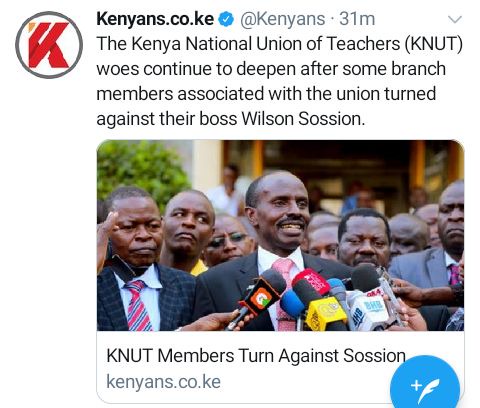