A second year University student from Kirinyaga University has died according to the Directorate of Criminal Investigations under unclear circumstances in Juja. 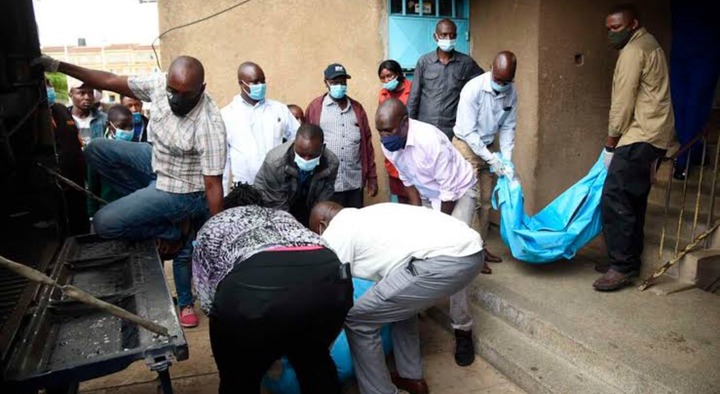 The second year is said to have visited his girlfriend, Margret Nyambura, who stays in Juja and goes to the Jomo Kenyatta University of Agriculture and Technology where he met his untimely death.

The two are said to have partied for a number of days with Nyambura's roommate only identified as Shantel and her boyfriend, known as Joe Momanyi.

They were later joined by another student who is a fourth year student at JKUAT identified as Brian Andaki who stayed with them for a number of hours as well.

Brian Andaki is said to be also dating Margret Nyambura and when he asked who the deceased was, he was told that was her cousin who had come to visit them from home.

However, after hours of merry making, Brian and the deceased got into a bitter argument when they noticed that they were not as Nyambura had made them out to be to each other.

The deceased is said to have fallen from the third floor of the building which Nyambura stays under unclear circumstances.

For more on this story, see what the DCI had to say. 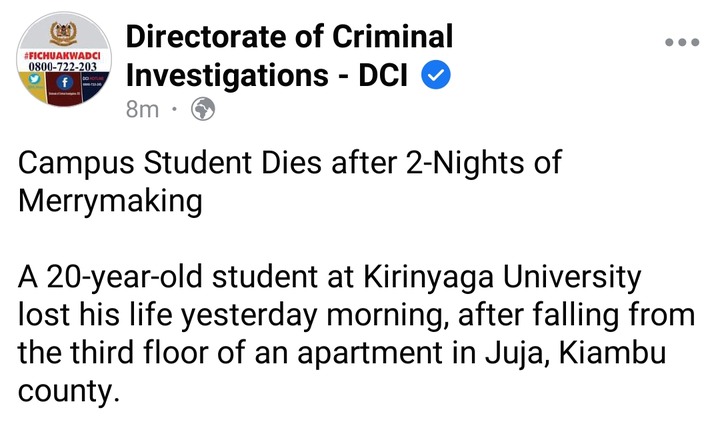