The Crazy Landlords You Will Come Across.

By Betounic (self media writer) | 2 months ago 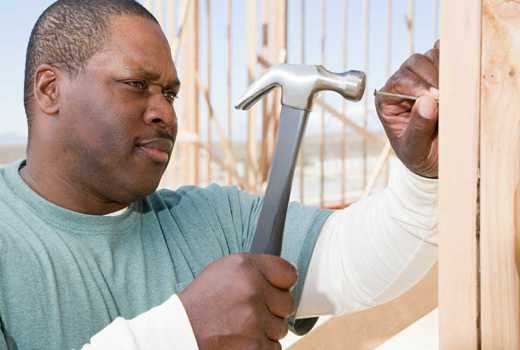 Landlords in most cases are the ones in charge of the houses rententee by most tenants. In most cases when you are in need of house to rent you will have to meet your landlord first.

When there us a vacant room available then you will be given a room. Depending on the landlord, each one of them has a laid down rules to be followed by tenants failure to which you will have to crush shoulder with the landlord.

Despite the fact that there are rules, there are Se crazy things done by landlords. Check them out.

This is mostly common in the slums, a common mistreatment is landlords plucking off an iron sheet, preferably directly above the tenant’s bed!. This is after tenants playing hide and seek for a week or more. The landlord is annoyed and the only option left is to destroy the roofing especially on the bedroom side. The tenant will gave to seek for shelter in a friend's house.

Setting The House On Fire.

After armed robbers and mothers-in-law from hell, landlords come in a close third on the list of most dreaded people. In some nasty instances, some zealous landlords have been reported to set their own old houses ablaze in a bid to kick out relentless tenants when they want to build bigger, better houses.

“In Jua Kali estate in Kakamega, a landlord was sued after it was discovered that he deliberately set his weather-beaten houses ablaze in a bid to evict tenants. Actually the landlord went a huge loss because there we're no more houses to rent to the next coming tenants.

This is the most tricky one, because you will be given a house to rent only if you are married. This is quite difficult for single ladies and bachelor men. To make it worse you must produce a marriage certificate to the landlord as a requirement to occupy the house. Then you are like, how is marriage certificate related to you renting the house.

Keeping poultry birds to supplement ones income, or for domestic purposes, is one reason that is getting tenants into the landlords’ blacklists. The landlords will not allow tenants to supliment their income. Infect they will claim, the chickens make loud noise, they eat peoples food as they enter in their houses. Some chickens deficate anywhere within the landlords premise.

No hustlers please; where’s your letter of employment?

Certain forms of cooking fuels are also not allowed. Some landlords frown upon tenants who use jikos or paraffin stoves.

A section of unscrupulous university and college male students, or jobless men, have also found themselves in the blacklists of landlords. Such students are known to throw chaotic night parties, mostly on weekends.

Besides playing loud music they often engage in riotous alcohol-induced debates, which inconvenience other tenants keen on catching sleep quietly. Such students reportedly give headaches to caretakers like Millicent, who demands a letter of employment as proof that one is not a student or will not default on rent.

“I once had such noisy students who would play loud music even after warning them against it. I had resorted to switching off their power from the main power supply but they would storm out in anger.

However, in most privately owned student hostels, the landlords have overly strict rules that come off as draconian in nature. Despite being aware that they are dealing with grownups, such landlords or agents impose child-like rules and regulations.

Cases of students who move out of such hostels after landlords become too mean, by even denying them the privileges of owning iron boxes and cookers aren’t strange.

They argue that such appliances consume too much power and at times cause short-circuiting, which throws entire block.

7 Things to Accept About Yourself Before You Turn 30s