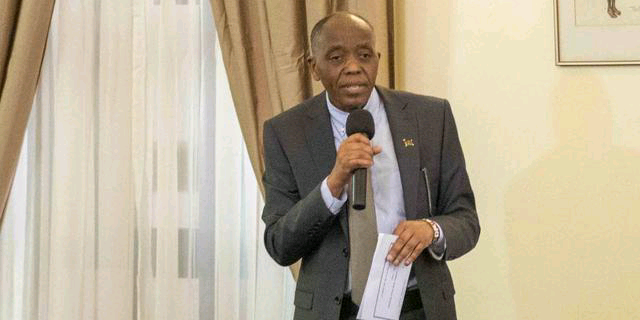 Having served under four successive presidents, he has been a towering figure in the Kenyan administration and has made a lasting impression on the nation.

As a dedicated public worker, Kinyua has consistently placed the needs of his nation first.

He began working at the Central Bank of Kenya (CBK) as an economist in 1980 and rose through the ranks, eventually taking the position of director of research in 1995.

From 1985 to 1995, he also served as an economist for the International Monetary Fund (IMF) before returning to the CBK.

He was named Financial Secretary at Treasury in 1978 and served in that capacity until 1999, when he came back to CBK as Director of Financial Markets.

He was named Planning PS in 2003, and then Agriculture PS. He was named Finance PS in 2004 and Head of Public Service by President Uhuru Kenyatta in 2013.

Joseph Kinyua has played a crucial role in guiding government policy and the public service through numerous crises throughout his time in office. He is renowned for his commitment to public service and his work ethic.

the public service's top officer In his final official act, Joseph Kinyua swore in his successor with the same dignity and modesty that have defined his career.

"Your Excellency Sir, I transfer the responsibility for leading the public service to a new group of civil officials."

I appreciate the opportunity you and your predecessors gave me to serve in four successive administrations, especially the second, third, fourth, and your own.

"I've had the honor of working for four administrations in a row. I now have the exceptional chance to work for Kenya and the outstanding presidents that Kenyans have elected. I'd like to now invite my replacement to forward the agenda for the day," Kinyua remarked.

What Others Have to Say About Him

His former government coworkers lauded his commitment to his profession and noted that he frequently arrived at work early and left late.

They also praised his strong work ethic, pointing out that on Fridays he always turned in his government vehicles and drove his personal vehicles on the weekends.

Overall, they characterized him as an honorable, diligent worker who cared deeply about his nation and its citizens.

What Has Been His Impact

Many significant government projects, most notably the National Youth Service Program, were propelled by Kinyua.

Kinyua has also been an outspoken supporter of public service reform and modernization. The public service has improved its effectiveness and sensitivity to the requirements of the populace under his direction.

Joseph Kinyua has, in a nutshell, always put others before himself. For his many years of devotion and service, he deserves our gratitude.