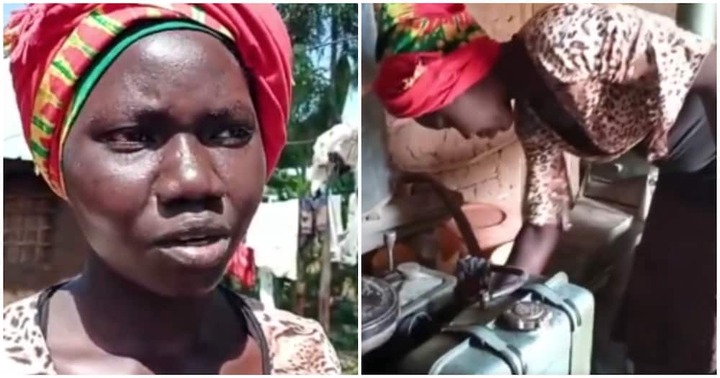 According to a report from Citizen TV kenya, Milly Nafula a 32 year old who performed well in her KCSE was reported to have lived a miserable life ever. It was reported that Milly scored a mean grade of A- in the year 2007.

According to most of the reports from the social media platforms, it was noted that Milly believed that passing exams will give her a better future as compared to other successful students. In addition she believed that her success will take her away from poverty.

In addition, it was reported that after she missed out university intake, she made several follow-up but still there was no success.

It was again reported that the life of Nafula changed from joining university to working in a posho mill. Milly’s story was reported to be so sad as she narrates. She reported that she visited her former school to find out if her letter was out but all was in vain. 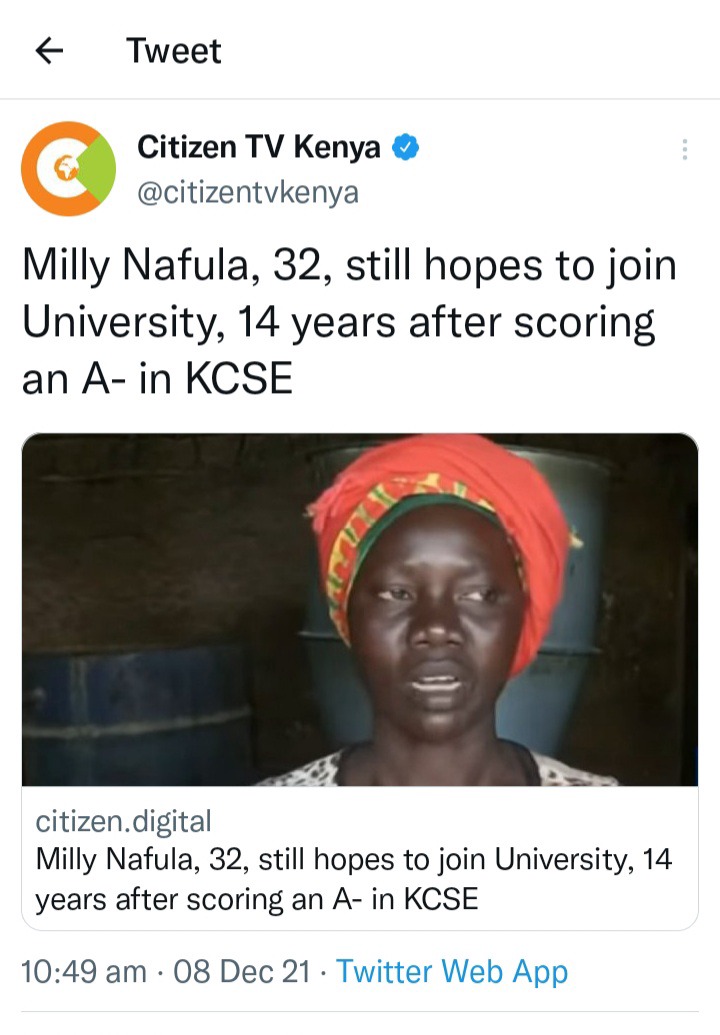 It was reported that the shocking part of her story was that she was advised to make a follow-up to Nairobi but she had no fare.