The main headline is about Raila's planned tours of mount kenya east Counties of Meru today and Tharaka Nithi on Tuesday to market his azimio la umoja.

The ODM Chief is keen on making sure that he doesn't leave any stone unturned given that this will be his fifth and probably last stab at the presidency.

In another story, the late uhuru's lawyer Evans monari was buried yesterday in Gesima, Nyamira county. 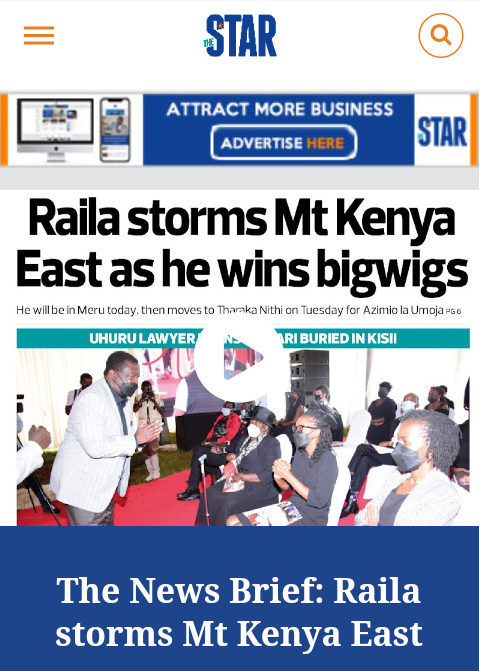 People daily reports that school Principals have ignored the ministry of education's directives on school fees.

However, a number of Principals have chosen to ignore the directive having sent children home for fees. Principals are arguing that there isn't enough money in schools to run programs.

In another story, Senators are debating the bill on lifestyle audit of public Officers even as the president is set to pronounce Officials with offshore accounts. 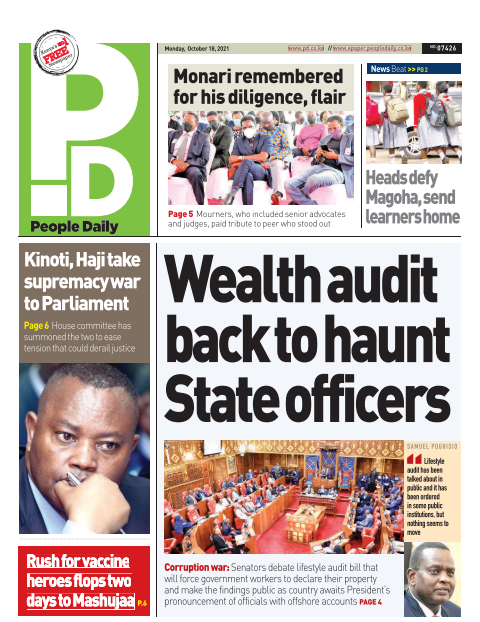 The next year's general election will be a do or die for ODM leader Raila Odinga who will be making his fifth attempt.

Having made peace with president Uhuru kenyatta, jubilee and ODM Officials are keen on forming a formidable Coalition that will counter Ruto's hustler nation.

According to the Nation, the Officials intend to reach out to other small parties even as they plan Starategic nominations to ensure that they get more MPs and senators in both houses.

The Starategits are borrowing from the once powerful Narc coalition led by Mwai Kibaki that swept KANU out of Power in 2002.

In another story, kirinyaga governor Ann waiguru has urged local leaders to set aside their personal differences and welcome visitors during this year's mashujaa day celebrations.

The celebrations will be held on Wednesday and are likely to see president Uhuru kenyatta meet with his Deputy William Ruto after a long time. 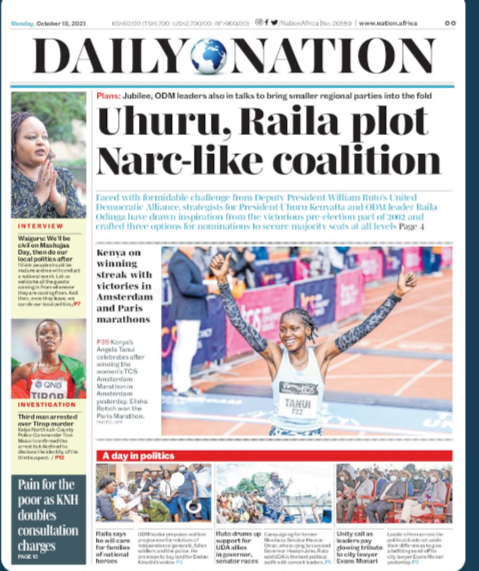 The swahili publication sets to explain how young men aren't keen on heading the advise of elders on choice of a presidential candidate to support.

Youths are of the opinion that if they allow elders to give them direction on which leaders to choose will prejudice democracy.

In another story, police have arrested the third suspect in the murder of late Athlete Agnes Tirop whose lifeless body was picked from her house in Iten last week 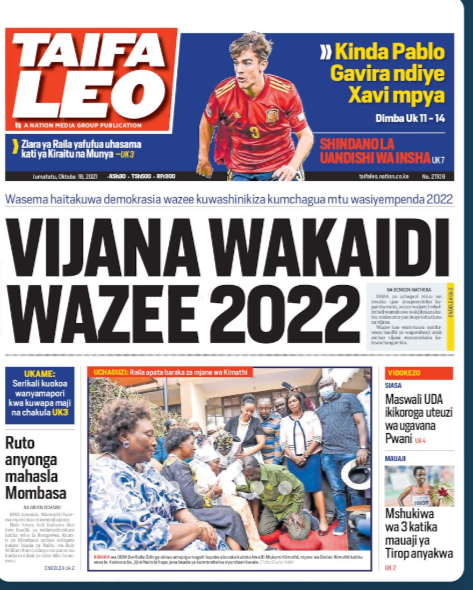 The Standard has trained it's guns on how friends and relatives managed to rise Ksh 16 million for lawyer Evans monari's hospital bill.

Speaking during the funeral in Gesima Nyamira county, Interior cabinet secretary Dr Fred Matiangi explained the importance of having friends that stand with one until the end. 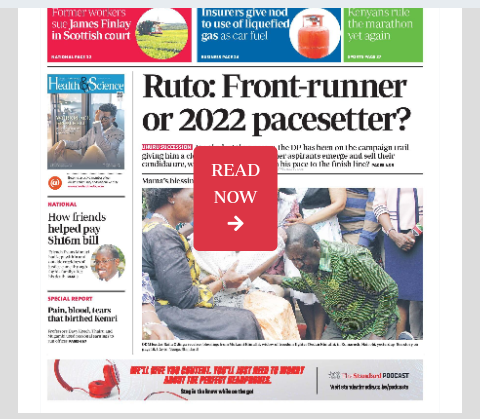 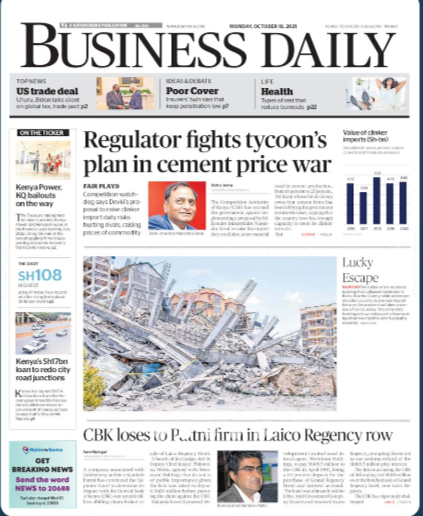 "I'm Still Waiting For my Husband to Come Back to me, I'm Yet to Accept He is Dead" Lady Cries