Drama has been witnessed after two Makueni based teachers escaped the wrathe of bodaboda riders by seeking refuge to a nearby police station. 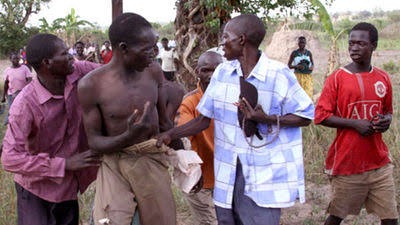 The two primary teachers went into Kambu police station accompanied by bodaboda riders who were baying their blood with allegations that they had refused to distribute money amounting to Ksh 1 million given by a politician to them during a campaign earlier on the day.

Drama started when they started beating around the bush refusing to equally share the amount given to everyone at the scene. “The two primary teachers were given Ksh 1 million by an aspiring MP to be shared amongst us. The two later started coming up excuse so that they may flee the scene refusing to give us our portion forcing bodaboda riders to take the two to the police station," said one of the residents at the scene.

While at the police station, the mob became unruly demanding to do justice on the two teachers. The Kambu police officers had to call for reinforcement from the Mtito Andei police station and managed to disperse the mob.

The two teachers have since been given police protection while investigation on the incident kicks off. 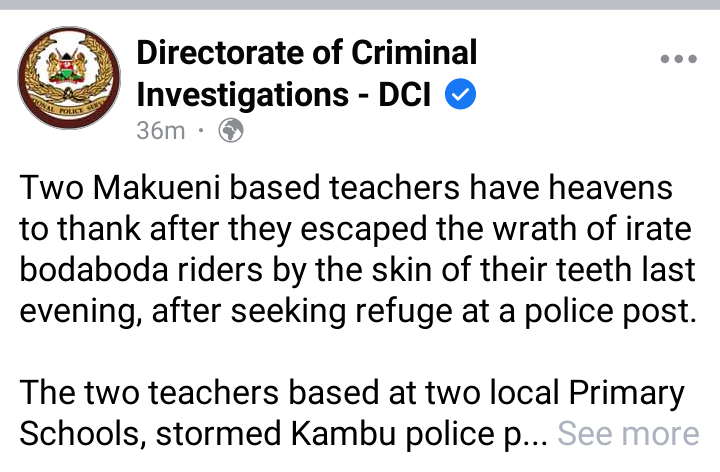